Sebastian man spits in his mother’s face while destroying home 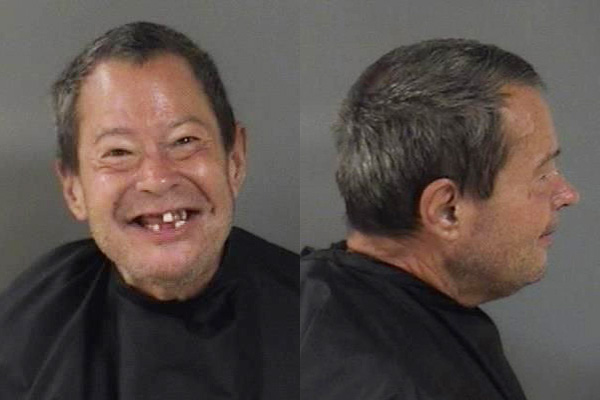 A 63-year-old man was arrested after he destroyed property and spat in his mother’s face, according to the Sebastian Police Police Department.

On Tuesday, Aug. 13, at approximately 4:30 p.m., police received a call from the 300 block of Concha Drive in Sebastian. An 89-year-old victim said her son, identified as Gary Lee Meadows, arrived home and was destroying things in her house, according to the affidavit.

“When [the victim] told the defendant she was calling the police, he walked up to her and spit in her face,” the officer said.

Upon realizing the police were coming, Meadows went into his bedroom and remained there until officers arrived, the report said.

Meadows denied even being in an argument with his mother or causing any damage to the house. Meadows told police he got home and had “no idea how it happened,” the affidavit said.

Meadows was charged with Felony Battery on Person over 65 years of age. He was transported to the Indian River County Jail where he still remains with a $10,000 bond.

In December 2018, Meadows was arrested after making several 911 calls for police to take him to jail.

In September 2018, Meadows was arrested after he punctured one of his neighbor’s tires. He told police “the bit– got what she deserved.”

In August 2017, Meadows was arrested for abusing the 911 service after alleging that employees at the Sebastian Walmart were calling him a child molester.

In May 2017, Meadows was arrested after calling 911 repeatedly and asking for an “officer to harass him” so that he could sue the Sebastian Police Department.

Sebastian Entertainment and Events this Weekend

Sebastian Entertainment and Events this Weekend