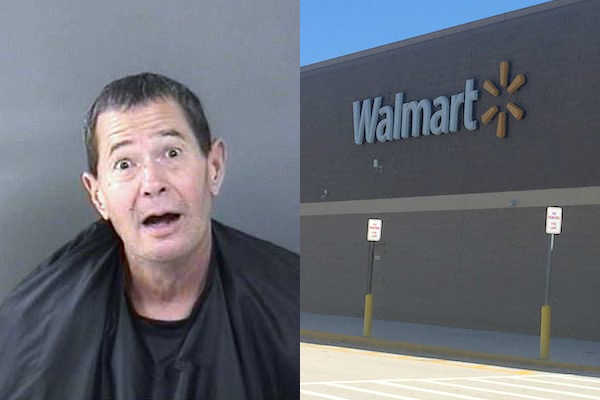 Man calls police to say that Sebastian Walmart employees are calling him a child molester.

SEBASTIAN – A 61-year-old Sebastian man was arrested on charges of abusing the 911 service after alleging that employees at Walmart were calling him a child molester.

Gary Lee Meadows called and told the Sebastian Police Department that he was standing in line in the pharmacy area to refill a prescription when employees were calling him a child molester, according to the report.

Meadows, while connected with dispatch, “starts yelling on the phone at dispatchers” before disconnecting the call.

The 911 dispatch advised officers that Meadows called two more times stating he needed to speak to an officer, but would then disconnect the call when he became upset.

Meadows then called again but refused to give his exact location.

Officers discovered that Meadows has an active trespass warning from the Sebastian Walmart store from 2012.

Police verified that the number that called into 911 dispatch matched the cell phone used by Meadows and was able to track his call to Walmart.

Meadows was located and arrested on charges of Abuse of 911 and for trespassing.

In May, Meadows was arrested for abusing the 911 service after asking for a police officer to harass him so that he could sue the Sebastian Police Department for money.