Sebastian Daily® is the local source for news and official newspaper in Sebastian, Florida. We serve our hometown of Sebastian, Roseland, Fellsmere, Wabasso, Malabar, Grant, Micco, Barefoot Bay, Vero Lake Estates, and other areas along the Sebastian River.

More people in Sebastian get their news from Sebastian Daily than any other publication.

Our company has been publishing news for more than 15 years! We began publishing national news in 2005, but under a different name. In 2014, we changed our name to Sebastian Daily® and began publishing local content. We focus on proximity, keeping readers engaged in everything we publish.

Sebastian Daily® is the number one source for news in Sebastian, and a leader of local news throughout Indian River County and South Brevard. We are an online publication providing breaking news for computer tablets, mobile phones, and personal computers.

Our staff is amazing! The Sebastian Daily® news team is made up of motivated journalists to cover our local town, providing non-bias news as well as featuring both sides of a story whenever possible.

We love our city of Sebastian and dedicate our work towards excellence in all news stories and encourage our readers to share their ideas. We strive for integrity and trust.

Sebastian Daily® is located just a few miles from the Sebastian Inlet to provide accurate weather, boating, and fishing information. While most of our readers prefer to read local news from our website, we also distribute our news to Facebook and our newsletter.

Since our start as the local news source in Sebastian, our reporting was trusted during Hurricane Mathew in 2017, and again when the Red Tide phenomenon that hit our beaches in 2018. Our report and camera footage was also seen on CNN.

In 2017, we were the only media outlet filming live after Hurricane Mathew, which was appreciated by many who vacated and tuned in to watch our coverage. We showed that the storm didn’t have a large impact on our area, and most of the roads were re-opened.

Another example of honest reporting was when Red Tide hit our beaches. Sebastian Daily® was the first media outlet to be in Vero Beach filming live as Red Tide was moving towards the Sebastian Inlet. Our staff visited the beaches on and off for approximately 10 days. We were honest about the Red Tide, providing accurate reports. We informed residents that although Red Tide was in the Indian River Lagoon, no fish or other wildlife died. Also, we were the first to suggest that the beaches would re-open soon, which happened 24 hours later.

Local journalism is the cornerstone of our democracy. We love what we do and are happy to report news right here in our beloved town of Sebastian. 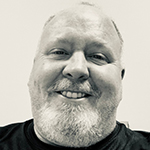 Andy Hodges was born in Annapolis, Maryland, and raised in Jupiter, Florida. He has been a radio and TV personality since the mid-1980s. He has worked for WFLX-TV (Fox 29), WIRK, WLIZ, WIXI, WKSY, WRMF, and others. In 1994, Andy took a break from broadcasting and was a software and systems engineer for various companies. In 2002, he permanently moved back to Sebastian, where Andy’s family has lived for over 45 years. He returned to the broadcasting sector in 2005. Andy joined Sebastian Daily as our editor-in-chief in 2016. 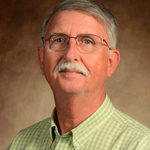 Ted Kwarchak was born in Georgia. In 1968, he graduated high school in Merrit Island, Florida. He then completed anesthesia training in Columbia, South Carolina, and began a career in 1976 working for an anesthesia group that services hospitals in Sebastian, Vero Beach, and Fort Pierce. Kwarchak retired in 2016 and lives in Sebastian with his wife Mary Sue. They just celebrated their 47th wedding anniversary, and have two children and three grandchildren in the area. Kwarchak held a U.S. Coast Guard Captain’s license for ten years and enjoyed offshore and inshore fishing. He also obtained an FCC advance radio operator’s license for his amateur radio hobby. Being retired and having grandchildren played a big part in renewing his interest in photography. Kwarchak joined our team in 2020. 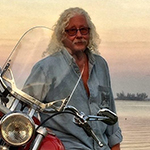 Arlo Guthrie is an American retired legendary singer and songwriter. He is known for singing songs of protest against social injustice, and storytelling while performing songs, following the tradition of his father Woody Guthrie. Guthrie’s best-known work is his debut piece, “Alice’s Restaurant Massacree,” a satirical talking blues song about 18 minutes in length that has since become a Thanksgiving anthem. He best hit was a cover of Steve Goodman’s “City of New Orleans.” 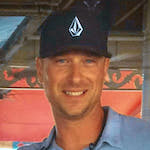 Born and raised around New York’s diverse culture and cuisine, it’s no surprise that Brian inherited a palate for great food. His background – German, Welsh, English, French, Irish and even Sicilian – has exposed him to all styles of cooking; whether at holiday gatherings or from his talented mom in their family kitchen. Brian says, “we eat with our eyes first” so capturing and presenting the deep colors of food is an art and an important part of Brian’s reviews. Being a life-long foodie, with experience in and out of the kitchen has taught Brian the more technical parts of cooking and hospitality. But in theory, he’s just a regular person, like you and I, who loves food and wants to help further your culinary adventures! 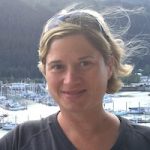 Tina Hodges is a Sebastian native. After graduating from Sebastian River High School, she studied Business Management & Marketing at Indian River State College. Tina worked for Dooney & Bourke for many years before she became our VP of Sales & Marketing & Journalist. Tina joined Sebastian Daily® in 2016. 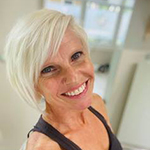 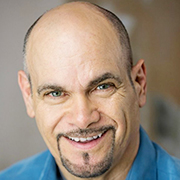 Roy Garton is the owner of FDMC Media. He is also an actor who has played in several movies. Roy is also a broadcaster and journalist. As a television news journalist in a very popular resort area, Roy has had the opportunity to cover Statesmen, Presidents, and Russian Diplomats as they passed through the area on political missions. He has also worked with the White House Press Corps.

Roy left Wyoming in 1992 and moved to Tulsa, Oklahoma again working in television before settling down in Florida where lives in Palm Bay and is married to former Sebastian resident Mary Myers-Garton. He continues to act in films and television. 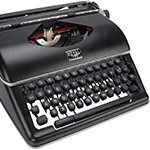 Scott Lee is a columnist and reporter for Sebastian Daily®. Scott moved to Indian River County in 2015 and has been writing for various publications for approximately 30 years. Lee covers Vero Beach and Florida news. Currently, he writes part-time for Sebastian Daily® and will be writing a weekly featured column about local businesses in the fall. 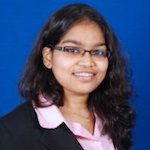 Jennifer Balakrishnan lives in Vero Beach, Florida. She moved to Indian River County when she was 6-years-old. Jennifer earned a bachelor’s degree at Florida State University. She writes our crime stories and is one of our food/restaurant critics. 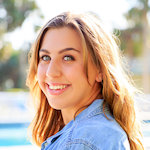 Zoe McNeely is contributor for Sebastian Daily® keeping us informed with the Summer Sunday Reggae Series at Capt. Hiram’s Resort.