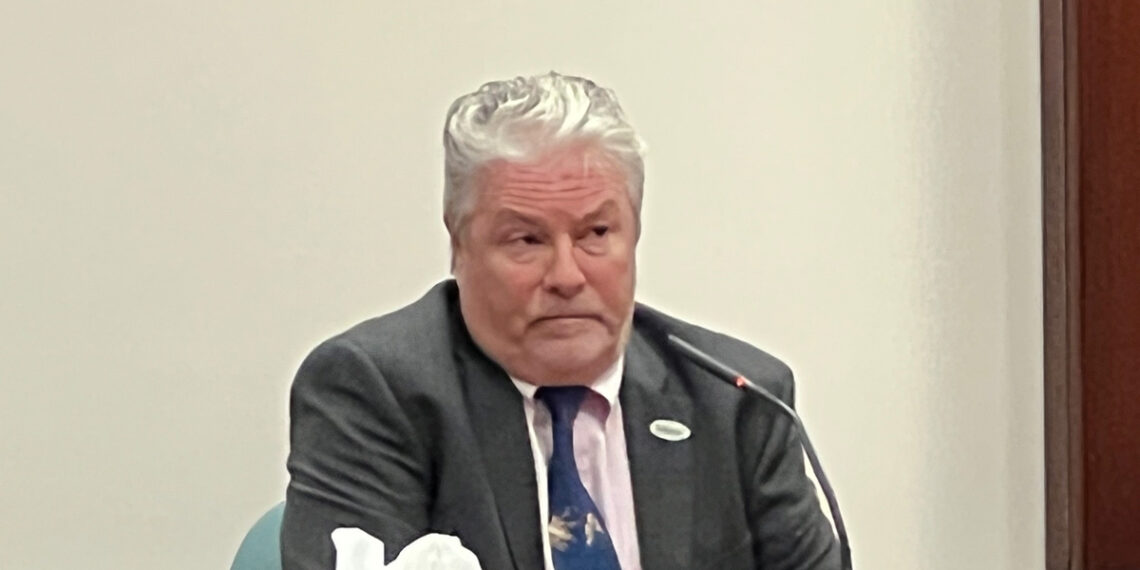 Judge Robert Meadows has denied Damien H. Gilliams’ motion to remove a no-contact order so he can participate in Sebastian City Council meetings and political forums during the upcoming election.

Councilman Ed Dodd, who is running for re-election, is on the no-contact order, prohibiting Gilliams from participating in public election events while Dodd is present.

Meadows said that had Gilliams not been given the appeal bond in his criminal case and was sitting in jail at this time, he would be running his city council campaign from inside the jail.

“Mr. Gilliams threw his hat in the ring (election), knowing the ramifications of his particular situation.”

Meadows said Gilliams and his attorney agreed upon the ramifications appeal bond to keep Gilliams out of jail during his appeal.

“It is to protect the citizenry. The conditions of the appeal bond will remain in full effect as previously ordered,” Meadows told Gilliams.

Gilliams is still running for Sebastian City Council even after he was found guilty by a jury of breaking multiple Sunshine Laws and perjury while in public office.

However, Gilliams says he’s innocent on all charges and has blamed others for his recall, his crimes, and the judge who handled his case. He insists that the appeals court will find him innocent.

Damien Gilliams, Pamela Parris, and Charles Mauti had an illegal meeting to fire staff and appoint him as the new Mayor of Sebastian. A judge deemed the meeting unlawful and void as an actual city proceeding.

During the meeting, Gilliams violated several of Florida’s Sunshine Laws. Gilliams also lied to investigators and was charged with perjury.

In 2020, a political action committee was formed that spearheaded the Sebastian recall. Nearly 94% of Sebastian citizens who voted chose to remove Gilliams from public office.

A judge sentenced Gilliams to jail for six months, $2,500 in fines, restitution of $26,098.50, and court costs of $368. Gilliams’ case is still in the appeals court. So far, he has lost all other appeals related to his criminal case.

Gilliams is ordered to report to jail within 24 hours if his current appeal is denied.

Mayor Jim Hill, who has been involved in local politics and served his community for about two decades, calls Gilliams shameful, disturbing, and disappointing for running for public office again.

“It’s shameful. It’s an attempt to muddy up the election for the citizens in Sebastian.”

As for the citizens in Sebastian, most of them have spoken openly about their concerns with Gilliams on social media. They believe his behavior has cost the city monies that he has not reimbursed through his ordered restitution, nor has he served his jail sentence, and they think he’s thumbing his nose at the recall and the City of Sebastian.

Recently, he changed his Facebook status to “Former Mayor of Sebastian City Council.” There is no legal record of Gilliams ever serving as the mayor, nor has he served as a Mayor of the City of Sebastian.

How to reduce the number of mosquitoes near your home