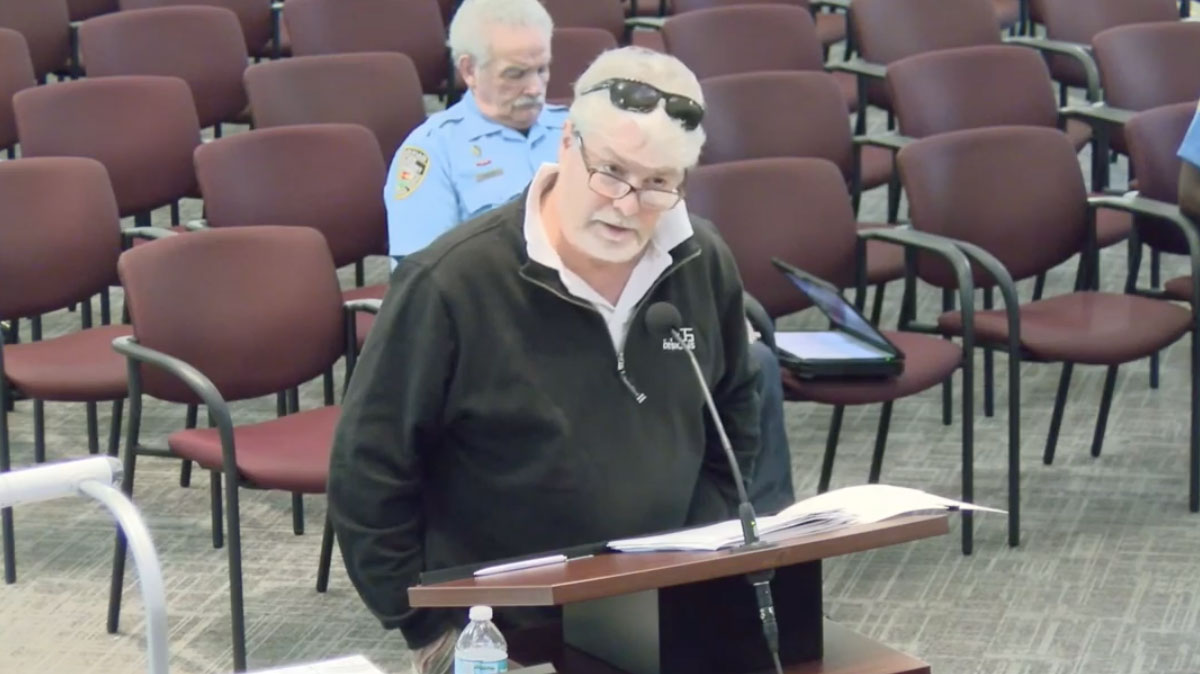 Former City Councilman Damien H. Gilliams requests that the Indian River County courts lift a no-contact order so that he can participate in city council meetings and political forums during the upcoming election.

Gilliams, convicted of multiple Sunshine Law violations and perjury, is running again for Sebastian city council. Councilman Ed Dodd, who is running for re-election, is on the no-contact order, prohibiting Gilliams from participating in public election events while Dodd is present.

The motion, seen here, filed by Gilliams shows that he is eligible to run for election to the Sebastian City Council under the Florida Constitution. It shows that he is concerned with the no-contact order and cannot file his campaign finance reports since he has to stay within 100 feet of the City Manager Paul Carlisle, City Clerk Jeanette Williams, and Councilman Ed Dodd.

“As part of his election preparation and as part of his right as a citizen, has a need to attend city council meetings, city board meetings, city workshop meetings, planning, and zoning meetings, code enforcement meetings as well as any and every other public meeting conducted by the City of Sebastian,” the motion states.

Gilliams wants to return to city council meetings, stating he has a right to go under Florida’s Sunshine Law to attend all public hearings and proceedings. It also says that the no-contact order violates his free speech.

“The Defendant (Gilliams) requests that the Court remove all of these ‘contact’ restrictions which unduly burden and restrict Defendant’s rights to attend public hearings, run for public office, participate in political matters, to associate with similar minded persons in advocating or opposing activities of the City of Sebastian, and in expressing his views in forums open to the public for the purpose of running for city council.”

A judge issued the no-contact order against Gilliams after he was arrested for his crimes while in public office. Gilliams and two others were accused of having an illegal meeting to fire staff and appoint him as the new mayor of Sebastian. During the meeting, Gilliams violated several of Florida’s Sunshine Laws.

A political action committee was formed that spearheaded the Sebastian recall and removed Gilliams from public office. Nearly 94% of Sebastian citizens voted to remove Gilliams.

A judge sentenced Gilliams to jail for six months, plus $2,500 in fines, restitution of $26,098.50, and court costs of $368. Gilliams’ case is still in the appeals court. So far, he has lost all other appeals related to his criminal case.

Gilliams, who operates the No Name Bar in Sebastian, is ordered to report to jail within 24 hours if his current appeal is denied.

Mayor Jim Hill, who has been involved in local politics and served his community for about two decades, calls it shameful, disturbing, and disappointing.

“It’s shameful. It’s an attempt to muddy up the election for the citizens in Sebastian.”

However, Gilliams says he’s innocent on all charges and has blamed others for his recall, his crimes, and the judge who handled his case. He insists that the appeals court will find him innocent.

As for the citizens in Sebastian, most of them have spoken openly about their concerns with Gilliams on social media. They believe his behavior has cost the city monies that he has not reimbursed through his ordered restitution, nor has he served his jail sentence, and they think he’s thumbing his nose at the recall and the City of Sebastian.

“I find the fact Damien Gilliams can run to be a miscarriage of justice. He has been found guilty of Sunshine Law Violations against the City of Sebastian and the people of Sebastian. He also was found guilty of perjury. How could anyone believe a person convicted of these crimes have the city’s best interest at heart? Now he is going to work with our local ‘environmental’ groups to talk about how the City is doing bad things, but it’s going to be all lies to support his platform. I hope our citizens and voters realize the damage he and the environmental groups have done, not to mention the huge cost to the City and taxpayers,” Sebastian resident Jeanne Hill said.

Another Sebastian resident said Gilliams had spent the past 10 years or more causing disruptions at the city council meetings while running for office year after year.

“During the last ten years or more, our city government was subjected to Damien Gilliams’ constant disruption and condemnation. That tirade finally culminated in his holding an illegal council meeting for the sole purpose of firing the charter staff and the then-current mayor, and placing himself as Mayor and commander-in-chief. For this meeting, Damien Gilliams was charged in a criminal court, found guilty of Sunshine Law violations, and guilty of perjury! The fact that he has the gall to run for City Council again boggles the mind. He is basically telling every citizen of Sebastian that rules don’t apply to him, and he does not have consequences to his actions! He has cost the city – and therefore EACH and EVERY taxpayer thousands of dollars, and his continued appeals will cost more and more before he is done. I PRAY the judge does not modify the restraining order, because our city cannot afford to return our council meetings to the chaotic, non-productive state full of filibusters and ludicrous accusations that existed when Damien Gilliams had free reign. We have much to do over the next few years, and we deserve a chance to do it,” Sharon Herman told Sebastian Daily.

70% chance of tropical depression near Florida this week