70% chance of tropical depression near Florida this week 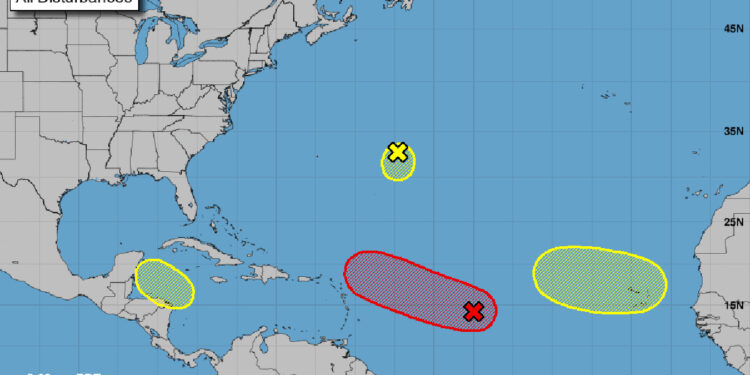 Forecasters are monitoring a tropical disturbance with a 70 percent chance of forming during the next five days near Florida’s coast. Early computer models show the system, known as Invest 91L, moving closer to Florida and steering away to the north and northeast.

At this time, there is no threat of a tropical storm or hurricane in Sebastian. There is, however, a potential tropical depression within the next few days as it moves closer to Florida.

The National Hurricane Center (NHC) said it doesn’t think the system will be anything more than a tropical depression. It’s about ten days away, moving 5 to 10 mph toward the waters east and northeast of the Leeward Islands.

“The circulation remains elongated with an ill-defined center. Although environmental conditions ahead of the system do not appear conducive for significant development, a tropical depression, at the very least, is likely to form later this week while moving slowly toward the west and then west-northwest.”

So far, we’ve been pretty lucky this season, but it’s not over until Nov. 30. There are four disturbances in the Atlantic, with one showing a path that could take it near Florida.

A tropical depression will mean maximum sustained surface winds of 38 mph or less. Right now, the storm will remain out in the sea, but we could expect much-needed rain in Sebastian.

In 2004, Sebastian had two back-to-back storms known as Hurricane Frances and Hurricane Jeanne that both hit during September.

Fellsmere Police Department mourns the loss of a volunteer