How to reduce the number of mosquitoes near your home 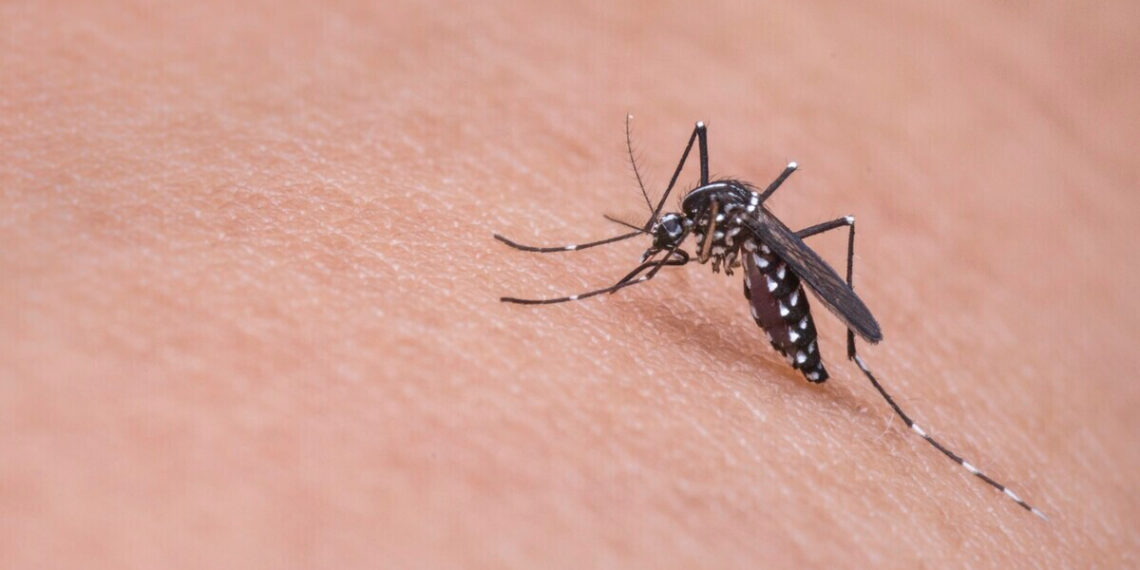 Indian River Mosquito Control District (IRMCD) recently spoke at a luncheon hosted by the Exchange Club of Sebastian to discuss what they do and how to reduce mosquitoes near your home.

The speaker was Sherry Burroughs, executive director of the IRMCD. She has been with the District since 2016. She offered some advice for homeowners to reduce the number of mosquitoes.

Mosquitoes develop through four different forms during their life: Egg, larva, pupae, and adult. The egg sizes vary depending on the species, but most are smaller than a grain of ground pepper. Larvae can only live in the water and come to the surface to breathe. Pupae must come to the water’s surface to breathe through their “trumpets” (two appendages that allow them to take in oxygen). The emerging adult is at the end of the pupal stage and will begin to fly after the wings dry and harden.

Burroughs said it’s the female mosquitoes that bite us. They are attracted to carbon dioxide, which humans and animals exhale with every breath.

When the female mosquito bites, she pierces the skin and begins sucking blood. Incredibly, the mosquito injects a pain killer from her saliva, making the skin’s piercing less noticeable.

Homeowners can help reduce mosquitoes and decrease pesticide use by eliminating areas where they thrive, such as water. For example, don’t leave anything near your home that collects water. Burroughs said these are called “container habitats.”

Bird baths should be empty during summer as they are considered container habitats. Bromeliad plants that hold water can also be a habitat for mosquitoes. Discarded cans, bottles, used tires, clogged roof gutters, and leaky faucets can also be habitats for mosquitoes. Areca palm fronds can hold water when they are lying on the ground.

When homeowners keep water out of outdoor objects, it can help reduce the number of mosquitoes.

Mosquitoes carry diseases such as Chikungunya and Dengue, and no vaccine is available. Also, heartworms in dogs and cats, which veterinarians can provide preventatives. Other diseases include Eastern equine encephalitis, St. Louis encephalitis, West Nile fever, and West Nile encephalitis.

Mosquito repellents work, but make sure you use the right kind. The CDC revised their recommendations on mosquito repellents and added two repellents, in addition to DEET: Picaridin [1-Piperidinecarboxylic acid, 2-(2-hydroxyethyl)-, 1-methylpropylester] and Oil of Lemon-Eucalyptus [p-menthane 3,8-diol (PMD)].

You can also wear clothing to prevent mosquito bites, such as long pants and long sleeve shirts.

Burroughs said the IRMCD has an annual budget of $6 million, an average cost of about $35 per year for each homeowner through their tax assessment.

The IRMCD is also responsible for the famous “Yellow Plane,” which is often seen spraying for mosquitoes. They also use a fleet of nine spray trucks dispensing a fine mist of insecticide and equipped with a tank and pump controlled by a computer. A sophisticated GPS guidance system directs the drivers.

Burroughs said there are approximately 3,500 species of mosquitoes worldwide. About 60 species are found right here in Indian River County.

The Indian River Mosquito Control District (IRMCD) has been an independent taxing district since its creation in 1925 by an act of the Florida Legislature. It was the first mosquito control program created in Florida and coincided with the creation of Indian River County.

Since then, the District has worked to provide the best in scientifically valid mosquito control methods, with special attention paid to the environmental sensitivity of habitats along the Treasure Coast.

To learn more, visit the Indian River Mosquito Control District website. They provide a lot of information that’s easy to navigate. You can also reach them via email at irmcd@irmosquito2.org or call them at 772-562-2393.