Councilwoman Pamela Parris vows to be stronger after ‘attacks’ 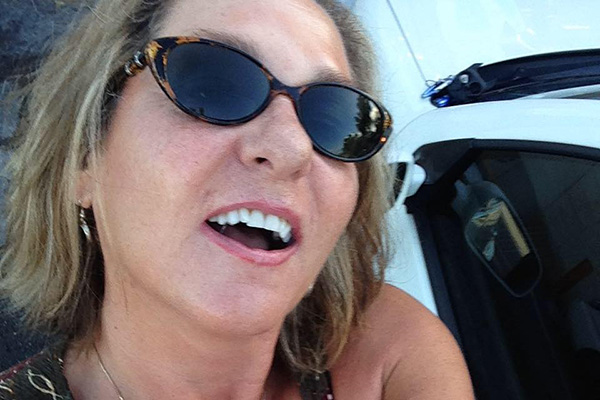 In a letter to her followers on Facebook, Sebastian City Councilwoman Pamela Parris vowed to be stronger after being attacked by the press and “sour indigents of prior city representatives.”

The letter was in response to Council member Jim Hill as to why she changed her vote to put Albert Iovino on the Police Pension Board.

Hill mentioned that both Pamela Parris and Damien Gilliams dislike the police based on their recent actions.

The first action was when Parris and Gilliams hijacked a hearing last December to listen to testimony by police. Instead of listening to the testimony, they motioned to go directly to a vote to reinstate Robert Bedea to the Natural Resources Board. Bedea was arrested last summer for hitting a police officer.

After the reinstatement, other members of the council wanted to revisit the decision. Parris then blamed the press for her vote. Bedea would later resign.

The second action was when Parris wanted to change her vote to place Albert Iovino on the Police Pensions Board, citing along with Gilliams that the board already has two police officers.

Sebastian residents say Parris looked over at Gilliams for guidance on how to vote, which can be seen at every meeting so far. Gilliams was visibly upset when Parris voted “Aye” to put Iovino on the board. The exchange between the two was caught on video during the meeting.

Hill then mentioned that the two council members have criminal backgrounds, and it was obvious to him that they have a dislike for police officers.

In her response, the councilwoman mentioned that her father was in the military and a Marine Sargent and an undercover narcotics cop.

“My nephew is currently serving on the Pittsburgh police department,” Parris wrote.

“I consider it highly insulting to insinuate I have no admiration or respect for either,” Parris added.

Parris also said she would be stronger amid “relentless press” attacks and statements from prior city representatives.

Prior to the election, Parris took a picture with several Sebastian police officers during a “Coffee with a Cop” event at McDonald’s. She then used the photo to tell voters that her “buddies” were there for her. None of the officers knew who she was at the time.

Sebastian residents feel that all credibility with the councilwoman was lost after she lied several times to the press about writing a Facebook post that called them fat & obese and our visitors from the north “carpetbagger Yankees.” She would call Sebastian Daily an “evil trash tabloid” after the story broke.

Moreover, Parris lied to Sebastian Daily, TCPalm, and WPTV Channel 5, stating she never wrote it. However, she later changed her story during the WPTV interview saying she didn’t mean to insult anyone.

There is also the incident when Parris showed up at someone’s home unannounced to confront them about what they wrote about her to Letters of the Editor at Sebastian Daily.

“Thank you Facebook! For finding the facts on that post back in Dec. 16th. The one I didn’t write that appeared on my wall,” Parris wrote.

“She can’t keep blaming the press for everything,” a resident who was at last Wednesday night’s meeting told Sebastian Daily.

“She acts like the victim in every incident instead of owning her lies and moving on,” the resident added.

“I’m not a lawyer, I would never advise her to do such a thing,” Nelson told Sebastian Daily.

“I will continue to hold true to my promises and work for my city’s people. Regardless of the harassment, I will become stronger and more willing to serve as I learn. My desire for righteousness creates pride and supersedes degenerate attacks,” Parris wrote.

“I can only hope my constituents will conduct themselves fairly. We are a reflection of our city. And I am happy with my reputation,” Parris wrote before signing it as “Honorable Pamela Parris.”

We will be posting the highlights of last Wednesday’s City Council meeting soon.