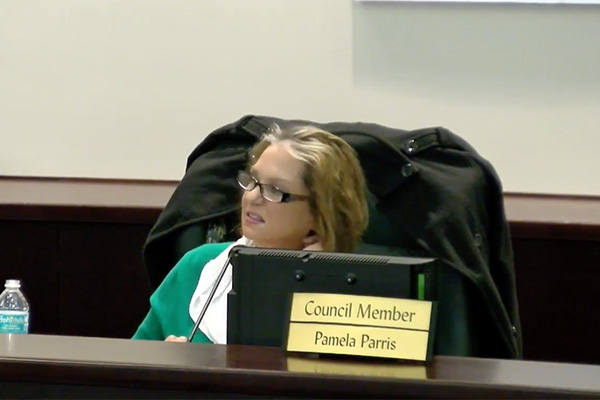 City of Sebastian councilwoman Pamela Parris is at it again.

On Monday, Sebastian councilwoman Pamela Parris claimed that Facebook said her controversial post was a lie and “false information.”

The post, which showed her name as the author, called Sebastian residents “fat & obese” and our snowbirds “carpetbagger Yankees.”

“Thank you Facebook! For finding the facts on that post back in Dec. 16th. The one I didn’t write that appeared on my wall,” Parris added.

However, our staff could not find any of her posts flagged as “false” by independent fact-checkers. The checkers are usually checking content from known websites that are deemed fake news. Instead, Parris’ controversial rant was a post she made publicly without any links to another website.

So far, Sebastian residents aren’t buying Parris’ claim that the post was written by someone else.

“Give it a rest Pamela. You’re victim posture is getting old,” Rick Giteles said.

“Now she feels vindicated not realizing the problem is what she posted and claimed she didn’t post it,” Daisy May said.

“Reading is fundamental. And I don’t want my taxes paying for reading tutors for her or Damien Gilliams,” Charles Cavender said.

“Her own words were recorded on record! Publicly too! And now this? Furthermore accusing a local news outlet of ‘hacking’ her account…and this continues. A simple explanation would have done, instead of spreading shame and blame upon everything and everyone else,” Britta Burkard said.

“This one, as well as her cronies have ZERO integrity. And Again, THIS is what we end up with when only 18% of Sebastian shows up to Vote. Let’s clean house & not let this ‘reality show’ of liars & extreme drama queens continue to be a complete embarrassment to the city of Sebastian,” Ann Bellante wrote.