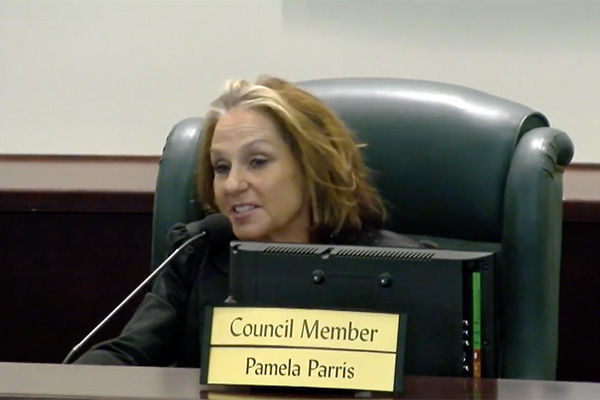 In a social media post on her public Facebook page, newly elected city councilwoman Pamela Parris suggested that gardening could do residents some good since they are “fat and obese.”

Parris was referring to the use of herbicides and suggested that residents begin weed pulling instead of spraying.

“YES, it took some back work pulling out the bad stuff, but given just how fat and obese [our] population has become, some good old fashion gardening would do them all some good,” Parris wrote in the public post.

She also had something to say about our snowbirds, calling them “carpetbagger Yankees.”

“I guarantee they are carpetbagger Yankees from the north who after destroying the water ways along the Chesapeake Bay want to do the same here so they can have their manicured lawns and golf courses to make themselves look important,” the newly elected Councilwoman wrote.

Parris also said Florida was “shrub tough grass and weeds” that were doing just fine without chemicals for thousands of years.

However, Florida was mostly sand dunes and swamp that didn’t have the problem with invasive plants.

During her rant on social media, Parris said people with “old money” control our environment and local parks.

“The environment and parks and wilderness belongs to the people, not to the few who have financial old money control,” Parris alleges.

The environment and parks are just as important to the previous members of City Council, who already tasked our city manager to come up with herbicide alternatives in April 2019.

Mayor Ed Dodd has planned a couple of workshops for residents and has spearheaded the Sustainable Sebastian program.

Perhaps Ms. Parris can find a better way to motivate the residents and snowbirds of Sebastian with this issue without putting them down.