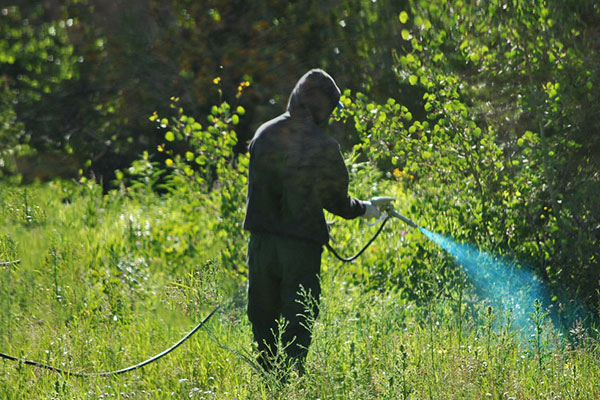 Herbicide report will be presented at the next City Council meeting in Sebastian, Florida.

Sebastian City Manager Paul Carlisle is set to present a herbicide report at the next City Council Meeting on Wednesday, December 11, 2019, at 6:00 p.m.

“The City has permits from the Saint Johns River Water Management District for its waterways. The conditions of those permits require the maintenance of the waterways to promote water discharges and the prevention of exotic vegetation. The Storm Water Treatment Park is currently not in compliance with that permit,” Carlisle said in the report.

Last month, the current City Council placed a temporary ban on using herbicides and pesticides for one year near stormwater and 120 days for local parks.

The herbicide report is lengthy and contains a lot of information.

In 2013, the City of Sebastian reduced the use of herbicides by over 50 percent at the request of some residents. The measure has caused the overgrowth that is seen in our system today. Several residents at the time voiced concerns over the removal of vegetation, including invasive species on the city’ s stormwater treatment ponds, canals, and water features.

“This, in turn, has resulted in limited access to these areas for both regular maintenance and emergency repairs, placing the system at risk of failure in the event of a major storm,” said Carlisle.

The report states that there are seventeen active herbicide ingredients approved for use in Florida waters as of 2018. These active ingredients may be formulated and sold under various trade names, such as Aquathol, Rodeo, and Sonar. More than 100 different herbicide trade names are available among the 17 herbicide compounds for use in the Florida Fish and Wildlife Conservation Commission’s aquatic plant management program. The report contains all 17 herbicide compounds with a detailed description.

The report contains several considerations, such as hand-pulling the weeds to using other alternatives. During the research, Carlisle reached out to several communities that have either banned or regulated the use of Glyphosates such as Stuart, Fort Myers Beach, Miami, Satellite Beach, and Hallandale Beach.

There is also the issue of cost. It can be very expensive using the alternatives. Carlisle provided five options with different pricing in the report.

Mayor Ed Dodd, who is spearheading the Sustainable Sebastian plan, is setting up two open workshops to get public feedback after the first of the year.

Sebastian will be mostly sunny until later in the week

Sebastian will be mostly sunny until later in the week