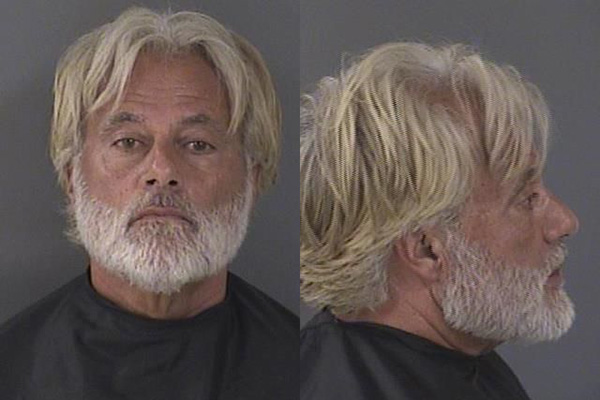 The Sebastian City Council reinstated Robert Bedea, a Natural Resources Board Member, in a vote 4 to 1.

Bedea, 63, was arrested on September 8, 2019, at his Sebastian residence on a charge of Battery on a Law Enforcement Officer, and Resisting Arrest.

“I am extremely disappointed that 4 out of 5 council members reinstated Mr. Bedea to the Natural Resource Board after he was arrested and pled ‘no contest’ to the charges of battery on a law enforcement officer and resisting arrest with violence,” Sebastian Police Chief Michelle Morris told Sebastian Daily.

Morris said the officer was present during Wednesday’s city council meeting and prepared to provide the facts surrounding his arrest. Instead, the council decided to go directly to a vote and reinstated Bedea.

“I am disappointed that the message sent was it is ok to batter a law enforcement officer and still be a representative of our city staff. Then to add insult to injury, he was thanked in a show of gratitude for his volunteerism,” Morris said.

“It’s a damn shame that these council members would completely disregard the violent criminal behavior of this board member, and the testimony of the Police officer he assaulted. I guess one should expect that lawlessness and criminal behavior would be acceptable and even saluted by these council members given their own records of criminal activity. I very much appreciate the hard work and commitment our law enforcement officers have and salute them for a job well done,” Jim Hill told Sebastian Daily

When officers responded to the 100 block of Crawford Drive about a disturbance, Bedea was “yelling inside the residence” and “breaking several glass items,” the affidavit said.

Bedea was standing with a fist and refused several verbal commands to step back. Bedea told police that he was going to “fu** up” his roommate for calling law enforcement.

“The subject turned towards me and struck my right forearm, closed fisted, with his right hand,” the officer said.

While being detained, Bedea told the officer to “fu**ing let him go,” according to the report. Due to his erratic behavior and his safety, the officer detained Bedea.

While escorting him to a police vehicle, Bedea stated he was not going inside the vehicle and “wrapped his leg against the inside of my left thigh,” according to the affidavit.

Eventually, Bedea was placed into the patrol vehicle and transported to the Indian River County Jail.

Letters to the Editor: Remove Councilwoman Pamela Parris Before She Creates More Damage

Letters to the Editor: Remove Councilwoman Pamela Parris Before She Creates More Damage