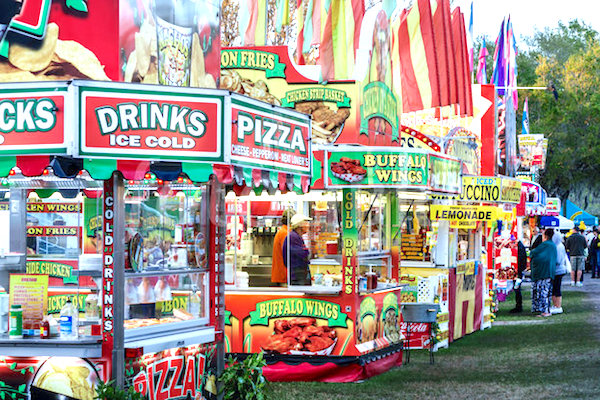 The Fellsmere Frog Leg Festival will run from Jan. 19th through 22nd. This event keeps growing each year, offering four days of frog legs, carnival, and its traditional Olympics in Downtown Fellsmere.

“This community wide festival helps fund children’s recreational needs in the City of Fellsmere, while paying tribute to the City’s unique heritage and traditions,” spokeswoman Susan Adams said in a statement. “Our allocations from the 2016 festival include: swimming lessons for all 3rd grade students as well as funding for Art, Music and Cultural programs at Fellsmere Elementary School, Renovation of the Basketball Courts and Concession Stand at Little League Park, providing a sound system for the Old School Auditorium and the purchase of a stage for use by community groups and organizations.”

Adams also said the festival contributed to over $800,000 to the city’s recreation needs since its beginning in 1991.

The festival got so big that it became a winner of two Guinness Book of World Records for the most frog legs sold. The event attracts over 80,000 people to the area, and hundreds of thousands of dollars has been donated back into the community over the last twenty-five years.

While frog legs and gator tail dinners are the specialties, there’s plenty of other things to do. There are hundreds of booths showcasing unique gifts, great music, and carnival rides will be available for the whole family.

However, if frog legs aren’t your thing, there will be other foods to choose from like hamburgers, hotdogs, pizza, fried dough, turkey legs, sandwiches of all kinds, ice cream, candy apples, popcorn and more.