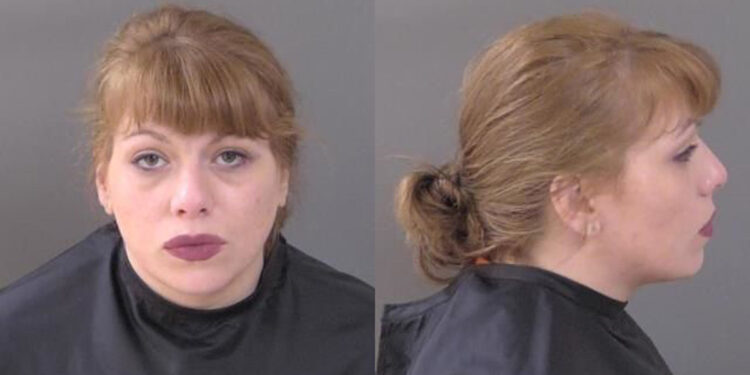 Police said the owner of a property maintenance company asked his partner why they were making so many credit card charges. The partner then discovered that her business credit card was missing.

Realizing that there were charges of $774.29, she called the Space Coast Credit Union and canceled the card. The case was forwarded to an investigator with the Sebastian Police Department.

The charges on the statement showed multiple purchases made at the Sebastian Speedway, Aunt Louise’s Pizzeria, Goodwill, Walmart, McDonald’s Dollar General, and a bar in Barefoot Bay.

The investigator obtained video surveillance from Speedway, located at 700 U.S. Highway 1 in Sebastian, to try and identify the person using the card. A woman wearing a hat and sunglasses was seen making the unauthorized charges. She then left in a beige/silver pickup truck.

The investigator printed the picture of the truck and passed it along to all shifts working road patrol in Sebastian. Not long after, one of the officers spotted a matching description of the vehicle parked at a residence on Louisiana Avenue.

“I checked (police) calls to that residence and found prior calls from a female named Jesse Leipzig,” the investigator said.

Approximately two days later, the investigator spotted the truck parked at a gas pump at Speedway and handed the male driver a photo of the woman photographed in the video surveillance. The man said the woman appeared to be his girlfriend, Jessie Leipzig.

The investigator contacted Leipzig and asked her to come to the Sebastian Police Department to discuss the credit card charges. Leipzig agreed to meet.

During the police interview, Leipzig was asked about the credit card charges. She said a man gave her the card for payment on items she sold to him. To verify the story, the investigator asked Leipzig to call the man so he could listen on speakerphone.

Once on the phone, the man said he never gave Leipzig a credit card to use and had never purchased any items from her.

Police charged Leipzig with petit theft and fraudulent use of a credit card. She was transported to the Indian River County Jail, where her bond was set at $11,000.

Leipzig could still face other charges for using the card in Brevard County.