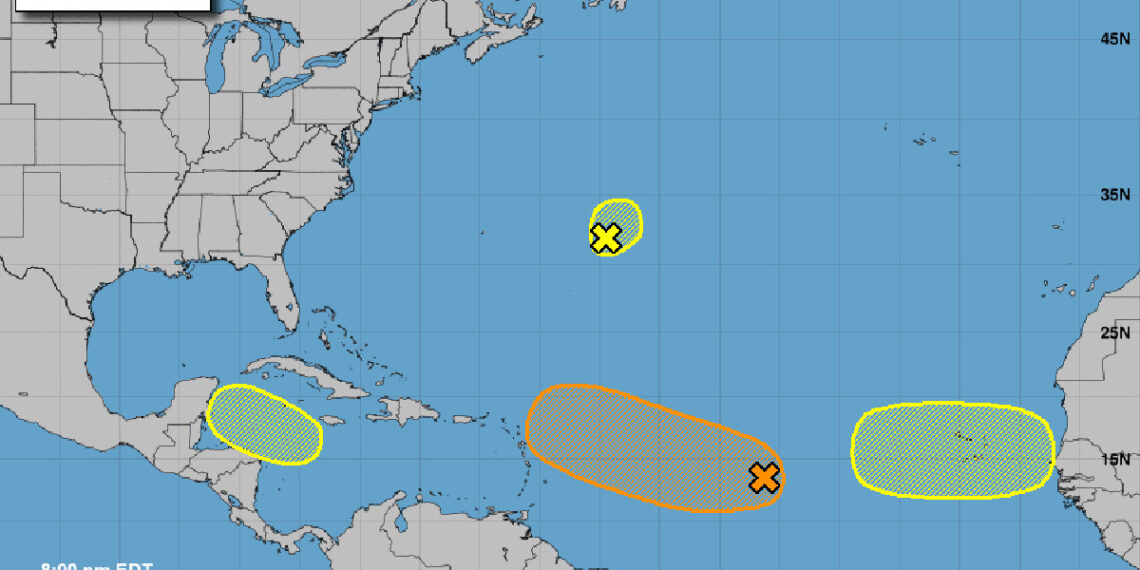 Current activity in the tropics. (Courtesy of NOAA)

So far, we’ve been pretty lucky this season, but it’s not over until Nov. 30. There are four disturbances in the Atlantic, with one showing a path that could take it near Florida.

However, if it stays on its current path, it won’t make landfall anywhere near us. Instead, the storm will stay out in the Atlantic.

There is no threat of any tropical storm or hurricane in Sebastian. But since we live in a hurricane-prone area, we must stay alert for any brewing storm.

The National Hurricane Center (NHC) said the low-pressure system had become a little better organized since Friday, and there’s a 50% chance of forming during the next five days.

“Environmental conditions are forecast to be generally favorable for additional gradual development over the next several days, and a tropical depression could form by the middle of next week as it moves west-northwestward at 10 to 15 mph toward the waters east of the Leeward Islands.”

The system is producing disorganized thunderstorms near the eastern Caribbean Sea. A storm system is generally 100-300 miles in diameter, originating in the tropics or subtropics and maintaining its identity for 24 hours or longer. It may or may not be associated with a detectable perturbation of the wind field.

If the forecast holds and the system forms into a tropical depression this week, it will mean maximum sustained surface winds of 38 mph or less.

The system is still far from Florida, and current computer models suggest it will turn north and then steer to the northeast. Rain could be the forecast by next weekend, something we need right now in Sebastian.