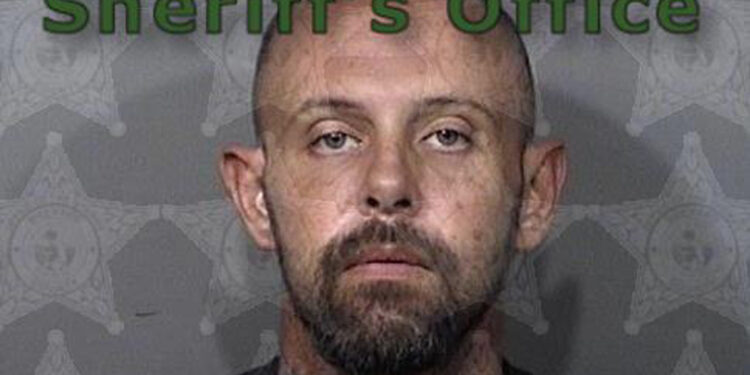 A 41-year-old man was arrested Thursday in connection to a suspicious death in Barefoot Bay.

In addition, the Brevard County Sheriff’s Office has identified the victim in the homicide as Ashley Perala, 35, of Barefoot Bay.

An arrest warrant was issued charging William Chambless, of Barefoot Bay, with Second Degree Murder with a Firearm and Possession of a Firearm by a Convicted Felon. He is currently being held at the Brevard County Jail without bond.

Deputy Tod Goodyear, PIO with the Brevard County Sheriff’s Office, said that on Tuesday, at approximately 1 a.m., deputies responded to a residence on Oriole Circle in Barefoot Bay where the victim had been shot.

“Upon arrival, deputies located the victim inside the residence, where she was pronounced deceased.”

Chambless told investigators that he had been in another room when he heard voices and a gunshot. He then located Perala and notified law enforcement.

However, when investigators searched the residence, a firearm was located outside the home, which disputed what Chambless told law enforcement. Moreover, the recovered gun matched the caliber used to cause the victim’s death.

Since the death was suspicious in nature, investigators collected evidence and interviewed potential witnesses. An arrest warrant was then issued Thursday for Chambless.