Man shatters window with BB gun on I-95 in Fellsmere 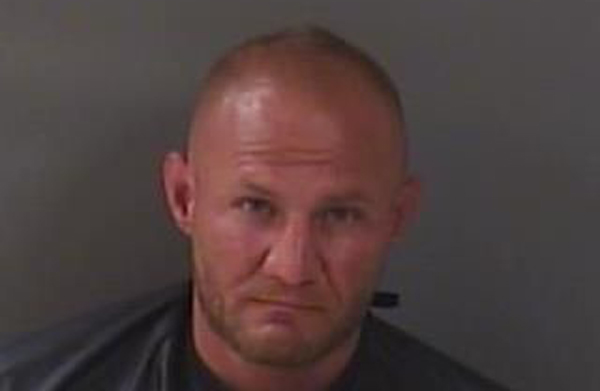 On Wednesday, a man was arrested in Fellsmere after police said he shot another vehicle using a BB gun and shattered the back window.

According to the Indian River County Sheriff’s Office, two people immediately pulled off Interstate 95 in Fellsmere and dialed 911 after their back window shattered.

The victims told the Fellsmere Police Department that the suspect’s vehicle was a “white Ford pickup with a flashing yellow light on the roof,” the affidavit said.

A deputy spotted the truck and conducted a traffic stop at the intersection of 106th Avenue and CR-512. The driver, identified as 33-year-old Jeffery Lee Jenkins of Cocoa, was asked if he had any weapons in the vehicle. Jenkins said there were no weapons in the truck and gave consent for the deputy to search.

“I immediately saw a spent C02 cartridge on the floorboard of the driver’s seat. I saw a bottle wrapped in what appeared to be electrical tape on the front passenger seat. After inspection, the bottle contained several metal BBs. Laying on the rear passenger bench seat was a black AR-style replica BB rifle with an inserted magazine containing similar metal BBs that were in the bottle,” the deputy said.

The victims told law enforcement they passed Jenkins’ truck on Interstate 95 and then heard a loud noise consistent with their vehicle being shot. They discovered the back window shattered with a hole in it. So, they took the Fellsmere exit with Jenkins following them. The victims called 911. A deputy then conducted the traffic stop.

Jenkins denied shooting at the vehicle or having any altercation while driving. Instead, he claimed he was preoccupied eating a Wendy’s burger while driving.

The deputy charged Jenkins with Shooting a Deadly Missile and Criminal Mischief based on all the information. It was then discovered that Jenkins also had a warrant for his arrest out of St. Johns County.

Jenkins was transported to the Indian River County Jail, where his bond was set at $80,000.