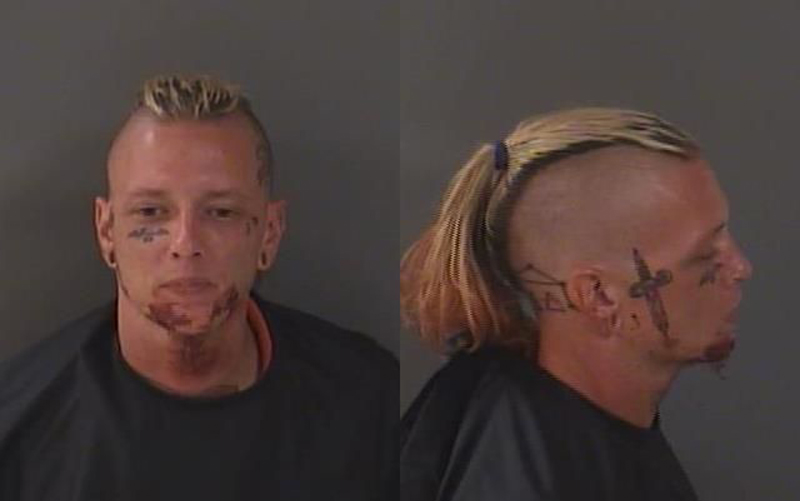 According to the affidavit, Jacob Murray of Sebastian sent his roommate a text message that read, “you will die & you will die tonight.”

The victim told officers that Murray allegedly abuses drugs and has a history of erratic and violent behavior, including the destruction of property.

Police found Murray at Earl’s Hideaway and attempted to arrest him for the text messages.

“Upon uniformed officers attempting to arrest him, he actively resisted officers by failing his arms and legs and being combative while being placed in handcuffs. He disobeyed multiple verbal commands to be placed under arrest,” the officer said.

When Murray was in handcuffs, he continued to fight officers as they placed him in the rear of the police cruiser. Then, he began to kick the officers, causing minor scratches to both their left and right forearms.

Murray told officers he did send a text message earlier, but it was about “getting fired from Earl’s Hideaway,” the affidavit said.

Murray was charged with Written Threats to Kill, Resisting Arrest, and Battery on a Law Enforcement Officer. He was transported to the Indian River County Jail, where he remains without bond.