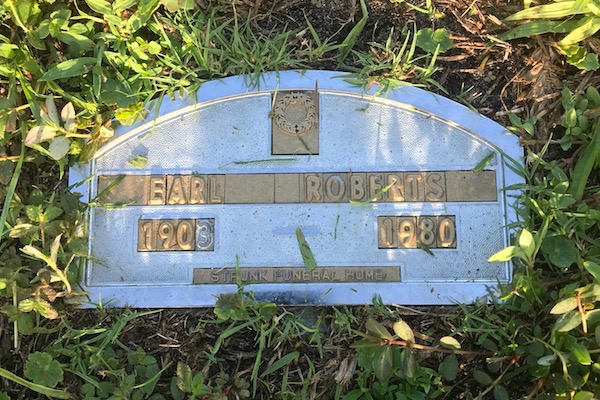 Everyone at Earl’s Hideaway Lounge was recently surprised to learn that their founder, Mr. Earl Roberts, was buried in the Sebastian Cemetery without the benefit of a proper grave marker.

“Feeling a very special connection to Mr. Earl Roberts, the current Earl’s owners immediately contacted John Heath at the Heath Monument Company, Vero Beach, Florida, to facilitate a remedy for this surprising situation. There is now a plan in place to purchase an appropriate marker for the founder, who passed away in 1980,” Franni Southern of Earl’s Hideaway Lounge, told Sebastian Daily.

With the support of its valued customers and the City of Sebastian Community as a whole, the establishment has taken this opportunity to show the Honorable Mr. Earl Roberts the appreciation and respect he so richly deserves.

Earl’s Hideaway is interested in any further information and human interest stories that anyone out there may want to share. They are asking that people visit the Earl’s Hideaway Lounge Facebook page and provide that information.

“Many thanks to Mr. Mike Woodfin of the Sebastian, Florida Historical Group along with its members for bringing this to our attention,” Southern added.