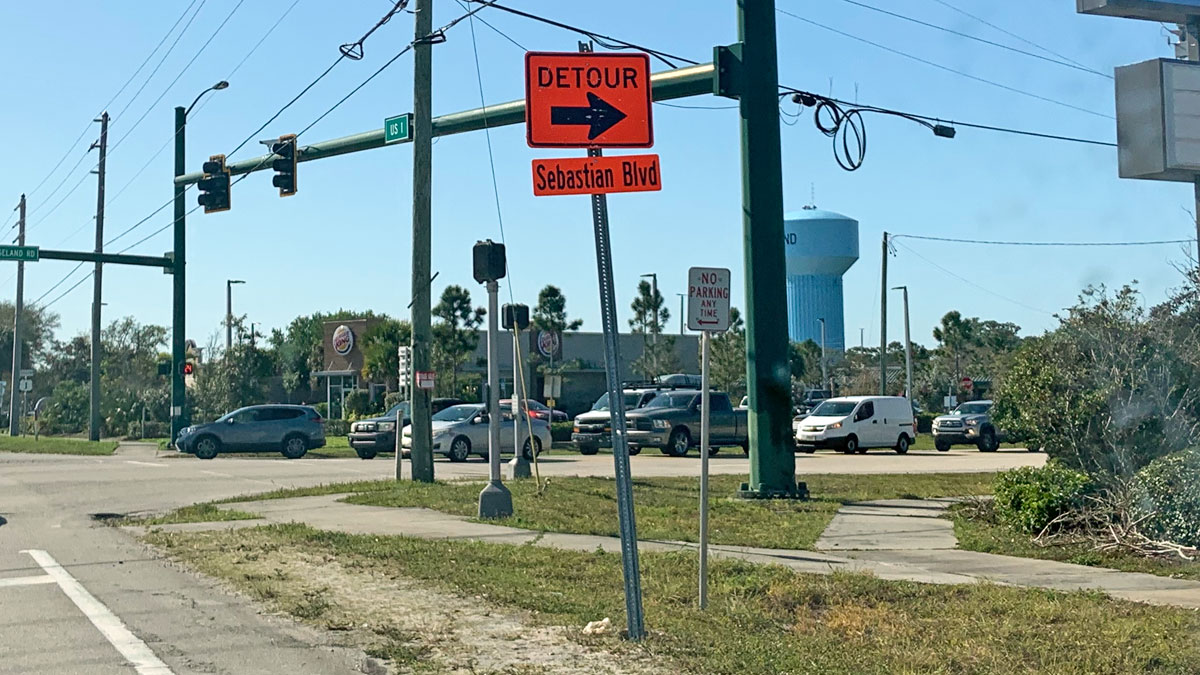 This week, Brightline shut down the two intersections at Sebastian Blvd (CR-512) to begin work on the railroad crossings. The project is expected to take two weeks to complete.

However, those discussions didn’t go very well for Sebastian, so Carlisle worked with the county on signal timing at intersections to allow more time to get traffic off the small roads faster.

The county has done a good job facilitating some congestion with light signaling.

So how’s the traffic been so far?

While it’s been an inconvenience for those traveling east and west to U.S. Highway 1, traffic has been moving better than expected. In addition, the signal changes in place at different intersections are also helping to alleviate some of the traffic congestion.

There has been some congestion on the roads, and traffic has increased on Main Street and other neighborhood roadways. It hasn’t been perfect, but better than we predicted.

Brightline said the railroad crossings will be shut down until Tuesday, March 15, 2022.

Shortage of workers and supplies in Sebastian, Florida – Editorial

Shortage of workers and supplies in Sebastian, Florida - Editorial