by Jennifer Balakrishnan
Reading Time: 3 mins read
A A 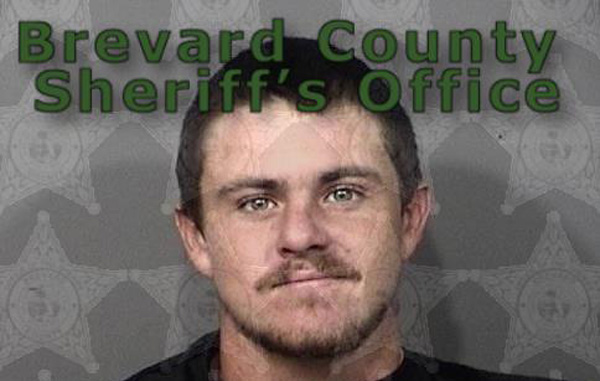 On Saturday, February 26, 2022, a 23-year-old man was arrested after damaging a door to a home and hitting the victim with a beer bottle in Barefoot Bay.

Carter Matthew Smith, 23, of Micco, was charged with Aggravated Battery with a Deadly Weapon, Trespassing, and Criminal Mischief after hitting the victim with a beer bottle.

According to the Brevard County Sheriff’s Office, they responded to a call about a battery at the 700 block of Lantania Drive in Barefoot Bay. The victim told deputies that his door was damaged, and he was hit in the face with a beer bottle by Smith.

The victim stated that Smith burnt a hole in the seat of his truck, and he asked him to fix the damage.

“He stated Mr. Smith became very aggressive over the phone saying, ‘you don’t know how bad of a day I have had.’ He stated Mr. Smith was sending text messages, telling him to come to his residence. He then blocked Mr. Smith’s telephone number. He then stated he was sitting at the kitchen table and heard someone banging on his front door. He then heard his front door crack and break. Once he opened the door, he saw Mr. Smith outside. He then began to make his way outside. Once he opened the screen door, Mr. Smith threw a beer bottle at him, which struck him in the forehead, breaking on impact,” the deputy said.

The deputy observed a crack in the door consistent with the victim’s statement. The affidavit said the break in the door was approximately 6 inches in length.

The victim also had a small laceration on his forehead, consistent with being struck with a glass bottle.

The victim’s wife told the deputy that her husband had a heated argument over the phone with Smith about the hole in the truck seat. When her husband blocked him on his cellphone, Smith sent text messages to her phone. She told him not to come to the residence.

When Smith arrived, she witnessed him breaking the door and hitting her husband with the beer bottle in the face. She said he began to take ladders off the side of the house and left the property.

The deputy then performed a “controlled phone call” where the victim dialed Smith’s number.

“During the phone call, Mr. Smith made several admissions to being at the residence. Mr. Smith stated to [the victim], ‘I busted you in the head with that f***ing beer bottle.’ Mr. Smith then stated, ‘I figured it would slow you down, and it did.’ During the call, Mr. Smith apologized for his actions,” the deputy said.

The victim wished to prosecute. Smith was arrested and transported to the Brevard County Jail, where his bond was set at $31,000.