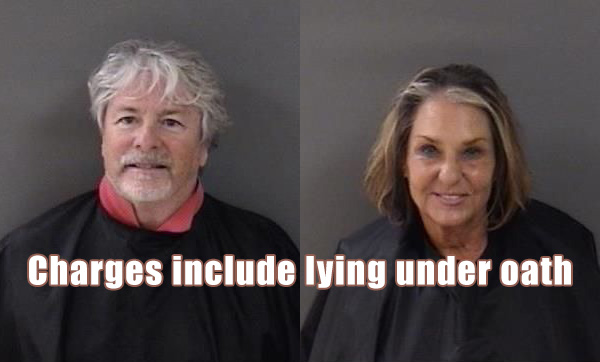 Damien Gilliams and Pamela Parris are accused of lying under oath and violating multiple Sunshine Laws.

Sebastian City Council members Damien Gilliams and Pamela Parris have consolidated their court cases. They both now have a scheduled hearing for September 2, 2020, at 1:30 p.m.

Gilliams, who is represented by Jeffery H. Garland, is facing three counts of Violation of the Sunshine Law and one count of Perjury, according to the State Attorney’s Office.

Parris, who is represented by Philip Louis Reizenstein, faces one count of Violation of Sunshine Law and one count of Perjury.

The State Attorney’s Office says Gilliams and Parris knowingly violated the Sunshine Law by attending a meeting that was already canceled on April 22, 2020.

During the meeting, they attempted to fire the city staff and appoint Gilliams as the new mayor. The meeting was dubbed illegal by the State Attorney’s Office.

“Damien Herman Gilliams falsely told a law enforcement officer that he had only one phone conversation with any other council member on April 22, 2020,” court records said.

Investigators say Gilliams lied under oath after they discovered numerous text messages and phone calls exchanged with Parris and Vice-Mayor Charles Mauti on the day of the meeting.

Parris is accused of lying under oath, stating that she was unaware that the meeting had been postponed. However, investigators found text messages and phone calls between Parris and Gilliams leading up to the meeting. Investigators also say Parris lied that she had several phone conversations with City Manager Paul Carlisle.

Vice-Mayor Charles Mauti is working with the State Attorney’s Office and is expected to turn over evidence. Mauti told investigators that Gilliams was “pushy” about having the April 22nd meeting after it was canceled, according to court records.

Last month, Gilliams and Parris were arrested on the criminal charges. They could face jail time if convicted.

The city council members and the City of Sebastian are now facing a lawsuit over the Sunshine Law violations by government defender Michael Barfield. The lawsuit could cost taxpayers millions.

During recent City Council meetings, Gilliams has made statements about holding the Council and community accountable and threatening to file a lawsuit against the recall group and Councilman Jim Hill.

Last week, the Political Action Committee working to recall Damien Gilliams, Pamela Parris, and Charles Mauti from public office finished up their petitions. They will soon deliver them to the Supervisor of Elections. A judge is expected to set a recall election date for citizens to decide their fate with the Sebastian City Council.

The next Sebastian City Council meeting is tonight, July 22, at 6:00 p.m. inside City Hall.