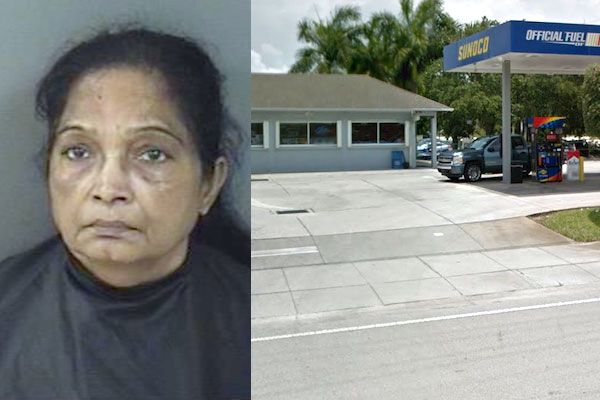 VERO BEACH – A gas station clerk was arrested after she cheated a lottery ticket winner out of $10,000, according to agents with the Florida Department of Lottery.

The Lottery ticket itself was part of an undercover sting operation that was checking stores for compliance.

On Thursday at approximately 2:30 p.m., a special agent went into the store located at 755 4th Street posing as a Florida Lottery player. They presented a known $10,000 winning lottery scratch-off ticket to the clerk.

The clerk, identified as 60-year-old Sheela Rodricks, then told the special agent that they won $10 on the ticket. The agent asked, “I only won $10,” and the clerk responded, “Yes, $10,” the report said.

The clerk then handed the agent two $5 bills.

Authorities then arrested Rodricks, charging her with Felony Grand Theft. Bail set at $2,000.

Rodricks bonded out Friday morning and has a court date scheduled for June 27, 2018.