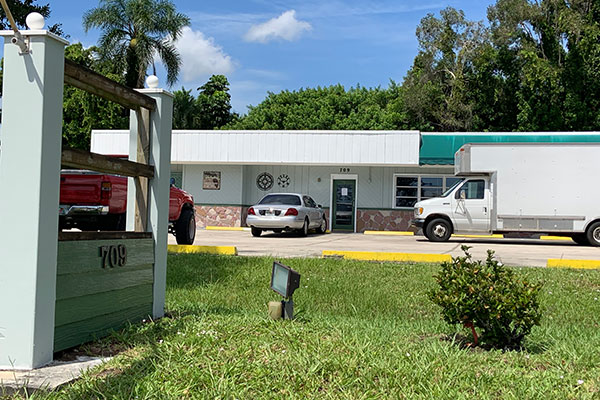 We have some sad news to report about Smokey’s Place, formerly Heavenly Wings, in Sebastian.

The signs in front of the BBQ restaurant have been removed, and the business has closed its doors.

“Yes, we are closed. After the city taking seven weeks to get my sign approved, I ran out of money. I was just changing my business name, nothing else,” owner Tim Largent told Sebastian Daily.

Largent says he could understand if it took three weeks to get the sign approved, but it took an extra thirty days and longer. He says the City of Sebastian doesn’t care about small business owners.

There was also an issue regarding a $1,000 grant, which Largent believes caused the delay. The grant was given to the Southern Sisters when they opened the restaurant after Country Ham & Egg moved.

“The city manager told me why it took so long, Southern Sisters got a thousand dollar grant from the city, and they were wondering when they were going to get their money back. That was ten years ago,” said Largent.

Last week, the city manager and the city attorney were thrown out of the restaurant by Largent.

“If you hear about me throwing the city manager and city attorney out of my restaurant Tuesday, believe it, I did,” he said. “The people at City Hall should be ashamed of themselves.”

Largent said he lost his life savings in the business and has put money into the building to fix it up.

In July, Largent completed several renovations and added new equipment to the kitchen inside the restaurant.

On July 12th, the restaurant reopened as Smokey’s Place.

Letters to the Editor: “I applaud” you for cleaning up the facts and views about annexation

Letters to the Editor: "I applaud" you for cleaning up the facts and views about annexation