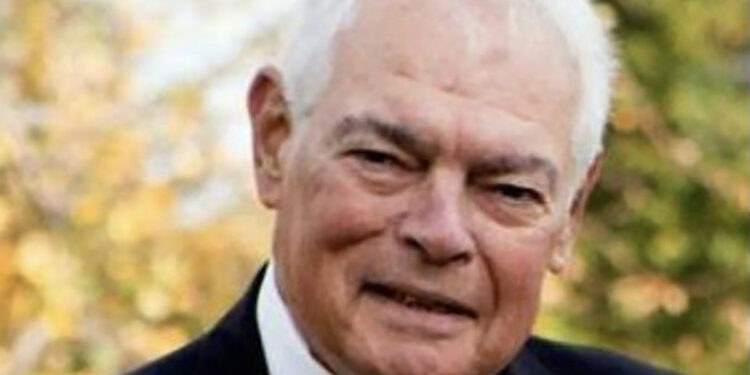 John was born at home on Graham Street, Biddeford, Maine, to Oscar Joseph Audie and Alice Laura (Simard) on December 12, 1935. He was a graduate of Saint Louis High School, class of 1953. He spent two years as a Medic in the US Navy during the Korean War. He married Lorraine Olivia Leger on February 9th1957 at St Margaret’s Church in Old Orchard Beach.

He worked at Pan Am in Boston as a counter agent with his brother Conrad. He spent the next 20 years at WT Grant, starting in credit management and ending at store manager in New Martinsville, WVA.

John was an avid poker player, and enjoyed traveling and taking cruises with his late wife Lorraine. He enjoyed watching the Boston Red Sox and Minnesota Vikings games. At one time John was involved in harness racing and owned and tended to several horses.

Memorials in lieu of flowers may be given to Hospice of Southern Maine 390 US-1, Scarborough, ME 04074.

The family of John wishes to extend our sincere thanks to the staff at The Enclave of Scarborough, Maine, and Hospice of Southern Maine.