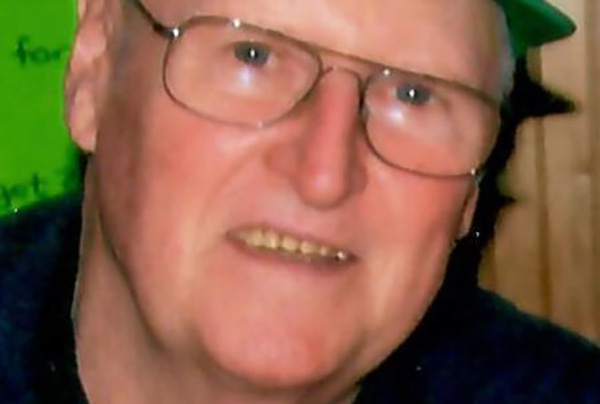 Born on July 31 st 1938, in Barberton OH, he was the only child of Andrew and Anna M. Zalar. He and his parents moved to a farm on Fay Hollow in Hinsdale NY when he was about 9 years old.

Andy worked briefly for Howard Crosby of Hinsdale, while also working with his parents on the family farm. He also worked for Acme Electric in Allegany for a few years following graduation from Hinsdale Central School. His parents sold the farm in Hinsdale and purchased the Prosser farm on Moulton Hill Rd in Clarksville NY, where he decided to join his parents and work with them on the 334 acre dairy farm in 1961. After he and Dorla were married, this is where they lived, worked, and raised a family of three children. Andy and Dorla worked side by side, in the barn, and in the field, every day.

Anyone who knew Andy, knew he loved his Corby’s or LTD and a good game of euchre. There were many a game played in the kitchen of that old farmhouse (as well as many other locations) over the years. He also loved to hunt deer and coon when time allowed.

He was a member of the Clarksville Volunteer Fire Dept for a time, and he also served as a Clarksville Town Board member.

After a bout with cancer, and over 30 years of farming, Andy and Dorla retired from the family farm and they moved to the east coast of FL. He was a member of Cuba NY VFW, the Pulaski Club of Olean NY, the Sebastian FL Eagles Nest 4527, Sebastian FL Loyal Order of the Moose, and also the Patrick Henry Orioles Nest 272 for many years.

He was preceded in death by his parents, Andrew and Anna M. Zalar and his wife of 57 years, Dorla J.
Zalar in 2019.

Arrangements are under direction of Letro-McIntosh-Spink Funeral Home, Inc., 24 Genesee Pkwy Cuba NY 14727. Memorial services will be held at a later date.