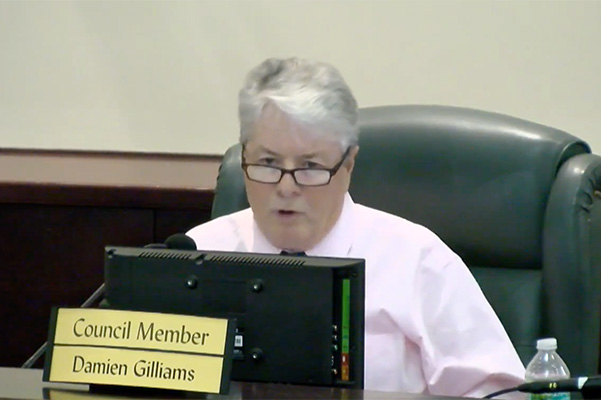 The State Attorney’s office has confirmed that they are investigating Sebastian City Council Members Charles Mauti, Damien Gilliams, and Pamela Parris after a series of events unfolded Wednesday at City Hall.

The City Council meeting was to take place at 6:00 p.m., but City Manager Paul Carlisle announced that it was canceled “based on the consensus of the City Council,” and emails from citizens asking for it to be postponed.

Authority was granted to Carlise by the Declaration of Local State of Emergency. Residents complained that because of the coronavirus pandemic, not everyone could attend the meeting.

Mauti, Gilliams, and Parris moved forward with the meeting anyway, inviting three directors from the Sebastian Property Owners Association (SPOA) to be present and record the meeting.

“It was clear that the three council members were having a meeting without any other city official or the Mayor present,” Sebastian Police Lt. Timothy Wood told Sebastian Daily.

“The State Attorney’s office has picked up all the evidence and will proceed with an investigation,” Sebastian Police Chief Michelle Morris told Sebastian Daily.

The three council members then named Gilliams as the city’s new mayor. They are planning a news conference today at 4 p.m. at City Hall.

Ed Dodd said the actions by the three council members were illegal.

“There was an attempt to have an illegal council meeting, and I stumbled onto it,” Dodd told Sebastian Daily.

Dodd said he notified the Sebastian Police Department, and they escorted everyone out of the chambers.

The PAC group known as Sebastian Voters Against Gilliams and Parris is gaining more support from voters to recall Mauti, Gilliams, and Parris.

We will have more information soon.