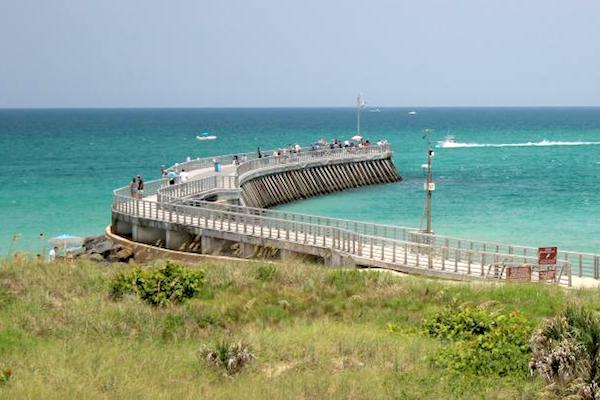 SEBASTIAN – On Thursday at approximately 6:30 p.m., the Indian River County Sheriff’s Office responded to the area of the Sebastian Inlet about a report of three boaters in the water after their vessel sank about 1/2 mile offshore in the Atlantic Ocean.

Approximately 30 minutes later, deputies from the Indian River County Sheriff’s Office Aviation Unit located the subjects in the water and were able to deploy a life raft from the helicopter.

“The subjects in the water used the life raft and made it safely to shore under the escort of the Sheriff’s Office helicopter. Boats from the Indian River County Sheriff’s Office, the Florida Wildlife Commission, and the U.S. Coast Guard had also been deployed to the area,” Lieutenant Thomas Raulen told Sebastian Daily.

The three subjects, all males, are reportedly from Palm Bay, Florida. Their names are not being released at this time.

The subjects were in an 18-foot boat which was overtaken by rough seas and capsized.

Last year, two teens from Orlando capsized their boat at the Sebastian Inlet due to rough seas. The boys, ages 13 and 17, were fishing in the channel when their 19-foot capsized west of the bridge.