North Side of Sebastian Inlet Now Open for Fishing 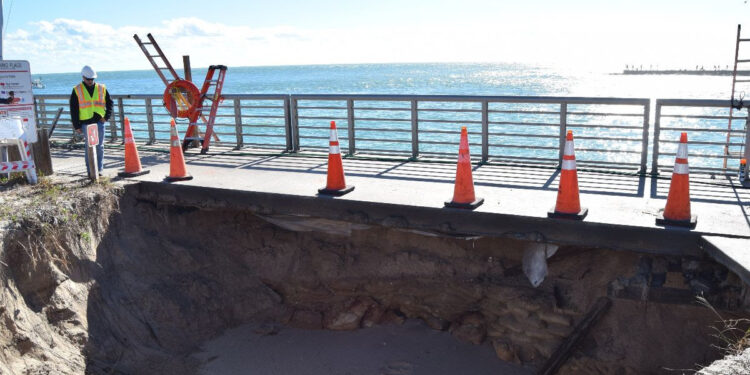 The north side of the inlet has reopened for fishing, but the majority of the north inlet remains closed while Sebastian Inlet State Park coordinates repairs.

“The apron along the north side of the inlet had been closed since early November, when Hurricane Nicole whipped up waves that undermined the area, causing dangerous sinkholes,” a spokesperson for the Sebastian Inlet District told Sebastian Daily.

The district worked closely with Sebastian Inlet State Park to repair the damage as quickly as possible.

The state park, responsible for pedestrian access at the north jetty, will announce when the jetty has reopened.

Sebastian Daily will also share that information when it’s available.

The district also announced that it would begin placing sand along a 1.5-mile stretch of beach south of Sebastian Inlet. Trucks will deliver sand to a project area that begins around the McLarty Treasure Museum and extends approximately 1,500 feet south of Ambersand Beach Park.

Sand placement will begin at the south end and work north. The two month-long projects adds about 30,000 cubic yards of sand (or about 1,760 dump truck loads) to this site.

County staff must manage multiple constraints. Sea Turtles are federally listed as threatened and endangered, and nesting season begins on March 1st. Therefore, restoration efforts must be planned and executed before or after the nesting season.

“There is a window of opportunity to conduct beach and dune renourishment projects now,” said Zito.