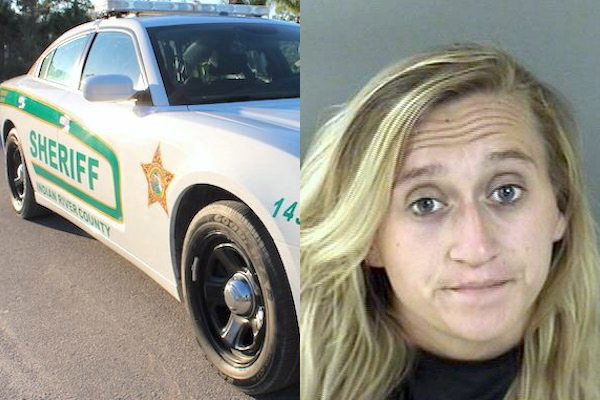 Woman walked out of Walmart with coffee maker and motorcycle helmet in Vero Beach.

VERO BEACH – A woman who was running a meth lab operation from a hotel room in Vero Beach has been arrested again for stealing a coffee maker and motorcycle helmet from Walmart.

Kassandra Marie Seymour, 23, was arrested three weeks ago as one of the suspects who ran a meth lab out of the Vero Beach Howard Johnson’s hotel.

On Wednesday, Seymour was arrested again for shoplifting at Walmart.

A loss and prevention officer spotted Seymour with a Keurig coffee maker valued at $109.00 and a motorcycle helmet valued at $65.00. She placed the items in a shopping cart and walked out of the Garden Center of Walmart.

Loss and prevention contacted the Indian River County Sheriff’s Office, who found Seymour at the bus stop with the stolen merchandise.

“I walked into Walmart and took some stuff then I walked out, due to not having a place to live or food to eat. After leaving Walmart, I planned on selling these items to whoever would buy them,” Seymour told deputies, according to the report.

Seymour was transported to the Indian River County Jail where she was charged with shoplifting.