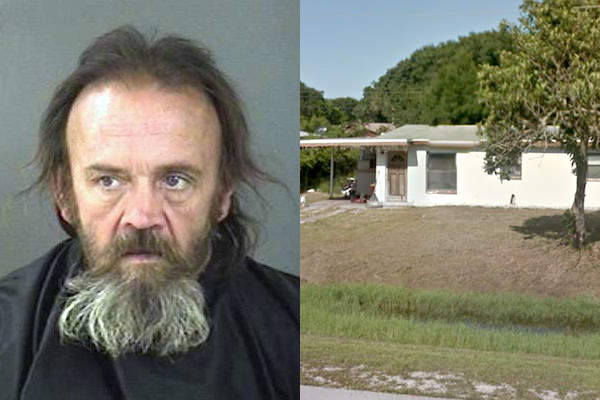 A Vero Beach man was arrested after he threatened a man's life if he didn't pay him $400 for a boat motor he purchased.

VERO BEACH – A 50-year-old man was arrested after he told the victim to either pay him $400 or pay with his life, according to the Indian River County Sheriff’s Office.

Willie Williams, of Vero Beach, was arrested Thursday on a charge of Battery.

The incident started when the victim begged his parents for $400 or he would be killed, the arrest affidavit said.

Williams and a female then went to the victim’s home and demanded $400 or their son was going to die, according to the report.

When the parents called the police, Williams and the female fled on his motorcycle. Soon after, their son called in distress, crying, stating that he was in debt and if he did not get the $400, they were going to kill him.

The son asked the parents to drop the money off at 248 27th Avenue SW in Vero Beach.

The son made contact with the deputy and said Williams came to the home demanding the money. When he didn’t have it, Williams became aggravated and began to threaten his life, the report said.

The victim said Williams grabbed an ax and struck him in the left shoulder and ear with the wooden handle part, causing his ear to bleed, police said.

The deputy then responded to the address given to the parents where the victim should drop off the money. He observed a motorcycle parked outside the residence. Contact was made with Williams and the female.

Williams told the deputy that he and the female did go to the parent’s home asking for the money, but said he never struck the victim with an ax.

However, Williams did say he punched the victim in the ear for not paying him back the money.

The money was over a boat motor that the victim purchased from Williams.

Williams was arrested and transported to the Indian River County Jail for booking.