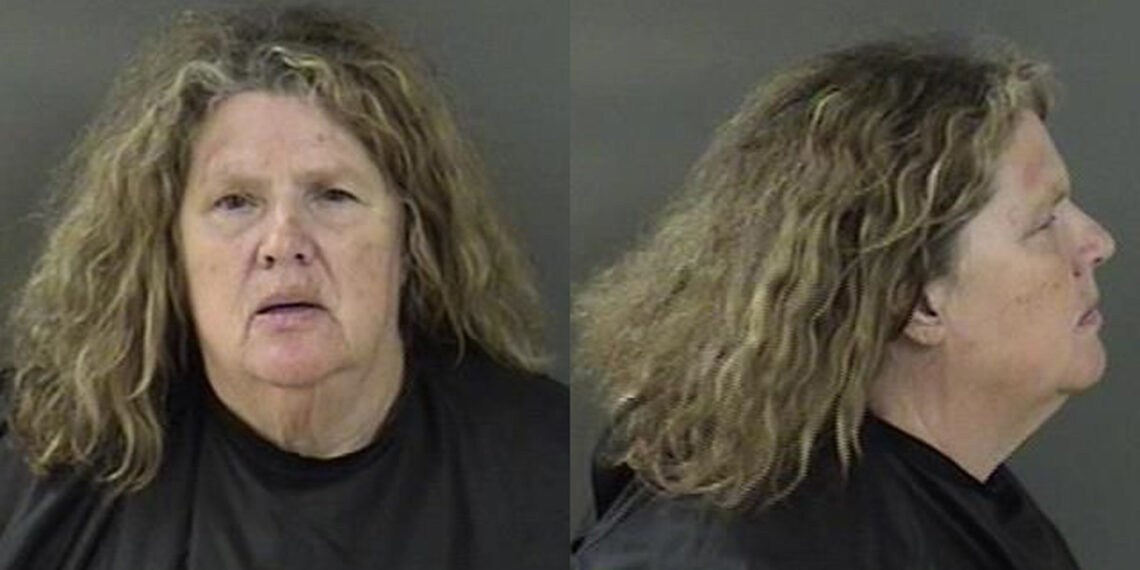 A 73-year-old woman was arrested Wednesday on charges of aggravated battery after she hit a man with a beer bottle in Sebastian, Florida. The woman told the police that she was tired of being abused.

The Sebastian Police Department received the call on Wednesday at approximately 11:30 p.m. about a disturbance inside a residence. Once officers arrived, they heard a woman inside yell, “go away,” records show.

The woman was identified as Barbara Jean Starkel Penwarden of Sebastian.

According to the affidavit, one of the officers heard Penwarden screaming, “I hope you die!” Another officer went around the home and heard a faint voice say, “help me!”

While looking into the home, an officer observed a man lying in the fetal position on the floor with a large amount of blood around him. Penwarden was standing over the man and continued to scream at him, police said.

Officers then entered the residence and observed the man bleeding from several locations on his head. He appeared to have a deep laceration that was approximately two inches in length above his left eye, and he was going in and out of consciousness “multiple times due to the extent of his injuries and significant blood loss,” the affidavit said.

There was another laceration on the man’s right bicep, approximately 4-5 inches in length, and what appeared to be a swollen right hand. EMS was called, and the victim was transported to the Sebastian River Medical Center.

According to the victim, he was sleeping in bed when Penwarden came into the room and began to argue. When the man ignored Penwarden, she allegedly struck him multiple times in the back of the head with her fists, causing him to leave the bed.

The victim said Penwarden grabbed a beer bottle and struck him in the head, causing him to lose consciousness. The victim stated he didn’t remember anything after he was struck in the head with the bottle.

Officers found blood in the bedroom where the victim was allegedly struck with the bottle.

Penwarden told the officers that the man continuously beats her, and she’s tired of being abused. She claims that she entered the room to check on the victim, but he struck her in the back of the head, causing her to fight back.

While speaking with Penwarden, officers said she was highly intoxicated and they could smell a strong odor of alcohol emitting from her breath. When officers asked Penwarden about the broken beer bottle, she claimed it was broken from the day prior. Upon further questioning, Penwarden said the victim used the bottle to strike her.

While EMS was on the scene, they evaluated Penwarden and found no marks, lacerations, abrasions, or other visible injuries.

Based on the physical evidence and statements, the police determined Penwarden was the primary aggressor and charged her with aggravated battery.

Both the victim and Penwarden have previous arrests for hitting each other with bottles.

In May 2022, the police responded to another beer bottle incident at the same residence. Penwarden was arrested for hurting the same victim with a beer bottle. However, the charges were dropped in June 2022.

In November 2020, the victim was arrested after he hit Penwarden in the head with a bottle of Jack Daniels Tennessee Whiskey. In this case, it was Penwarden who was bleeding from her left temple and had blood all over her arms and face.

In November 2017, Penwarden was arrested for aggravated assault for harming the same victim with a beer bottle after he wouldn’t come for dinner.