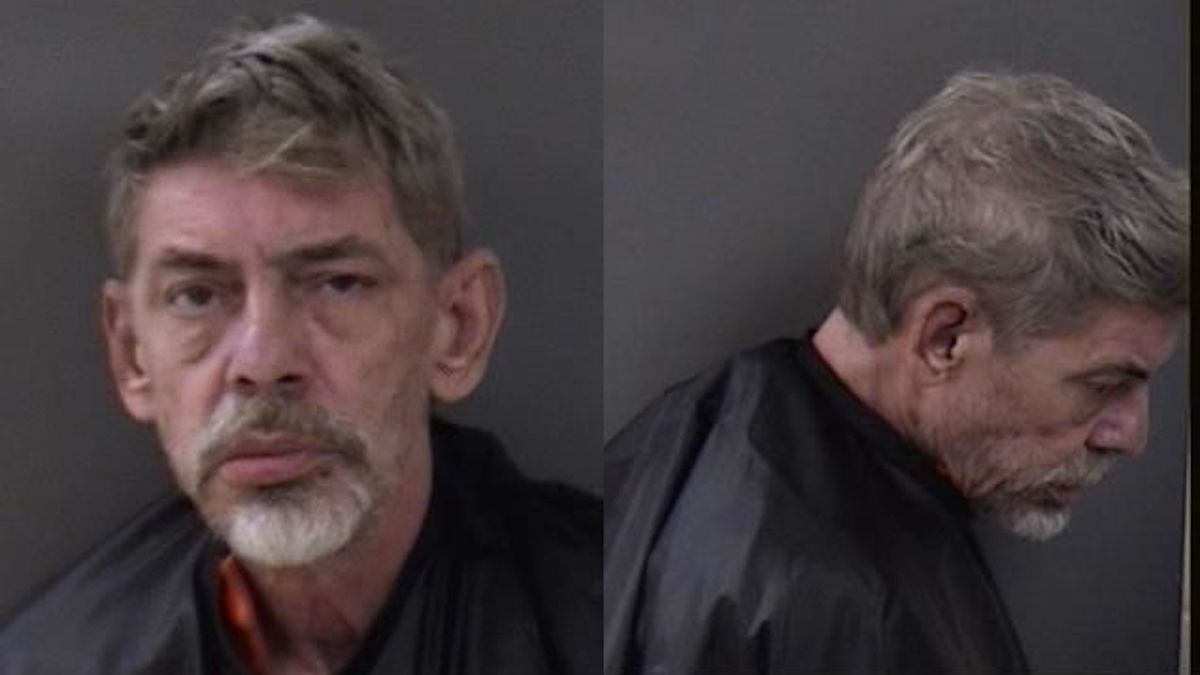 On Monday, Nov. 23, 2020, at approximately 8:55 p.m., a man was arrested after hitting his wife in the head with a bottle of Jack Daniels Tennessee Whiskey, according to the Sebastian Police Department.

As police arrived, the wife was bleeding from her left temple and had blood all over her arms and face, the affidavit said. She was transported to Sebastian River Medical Center, where she received stitches for her injuries.

The wife told police that her husband, Donald Penwarden, hit her in the head with a bottle of Jack Daniels while she was sitting on the couch watching TV, the affidavit said.

They have been married for approximately one year, and the wife said Penwarden was arrested earlier this year for doing something similar. According to jail records, police arrested Penwarden for Battery Domestic Violence on May 14, 2020. The case is still ongoing.

“I’m going to kill my wife,” Penwarden told police, according to the affidavit.

“I observed blood drops all over the floor,” the officer said. “When I asked Donald [Penwarden] what happened, he stated his wife attacked him and that he has been sleeping.”

Penwarden told officers he didn’t do anything wrong.

“While speaking with Donald, I observed a large glass bottle of ‘Jack Daniels Tennessee Whiskey’ under his pillow,” the officer said.

The Jack Daniels bottle had blood and hair consistent with the wife’s statements. The bottle was collected as evidence.

Penwarden was charged with Aggravated Battery Domestic Violence and transported to the Indian River County Jail.

In 2017, Penwarden was arrested after leaving the scene of an accident at Earl’s Hideway Lounge in Sebastian.