Man Leaves Scene Of Accident At Earl’s Hideaway In Sebastian 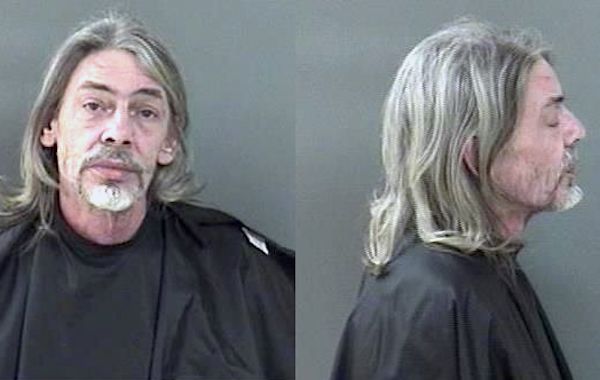 A Sebastian man was arrested after leaving the scene of an accident near Earl's Hideaway Lounge. Photo by Indian River County Sheriff's Office.

SEBASTIAN – A Vero Beach man who was already arrested on a DUI charge days ago found himself in jail again after leaving the scene of a traffic accident near Earl’s Hideaway Lounge in Sebastian, according to the report.

Sebastian police received a call on Wednesday afternoon at around 3:30 p.m. from Earl’s Hideaway at 1405 Indian River Drive about a crash involving a white Dodge Durango and a White/Blue Harley Davidson motorcycle with injuries.

Donald A. Penwarden, 59, was arrested and charged with Leaving the Scene of an Accident with Injuries, and Felony DUI. Penwarden was already out on bond for a DUI on Dec. 2.

Witnesses told police that Penwarden operated his vehicle in an unsafe manner, striking the victim, identified as Paul Harmon, on his motorcycle. The crash caused abrasions to Harmon’s left shin and calf.

“This action was corroborated by two witnesses on scene and the victim, each being separated and providing nearly identical statements,” the officer said.

Sebastian police contacted the Indian River County Sheriff’s Office with a description of the driver, vehicle, and the license plate number provided by one of the witnesses.

Deputies went to Penwarden’s home and placed him in custody and transported him to the county jail. He is still in jail after his bond was revoked.

Last June, there was a hit & run in front of Earl’s involving an older mustang. The vehicle has never been found. The pedestrian was taken to the hospital with non-life threatening injuries.