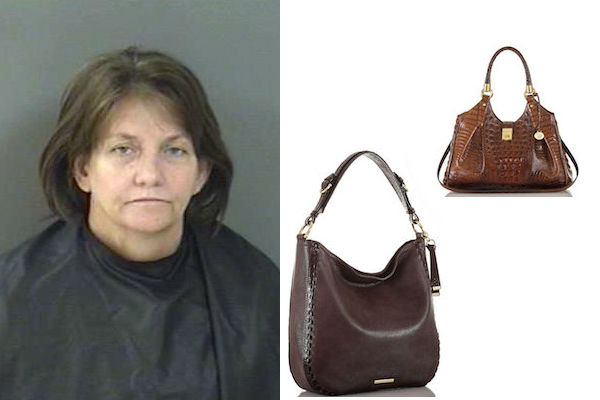 A woman was arrested at the Dillard's department store in Vero Beach after stealing two expensive purses.

VERO BEACH – Deputies responded to the Dillard’s department store in Vero Beach after a security guard witnessed a woman walking out with two expensive handbags, according to the Indian River County Sheriff’s Office.

Our Vero Beach news team has learned that the suspect, later identified as 51-year-old Brenda Joyce Wolf, jumped into a Ford Escape with a “USMC” license plate mounted to the front.

The security guard was able to read the back plate and reported it to the sheriff’s office.

Wolf was seen placing the large purses over her shoulder before walking through the kid’s department to make her exit without purchasing the merchandise. There were no associates in the purse department at the time.

Deputies went to the home where the vehicle was registered and made contact with Wolf. She said she wasn’t at Dillard’s, but dropped off her son at Chipotle and went to PetSmart.

Wolf was identified by surveillance video and the security guard who watched her exit the store with merchandise.

She was arrested and transported to the Indian River County Jail. Wolf’s bond is set at $20,000.00.

Man Leaves Scene Of Accident At Earl’s Hideaway In Sebastian