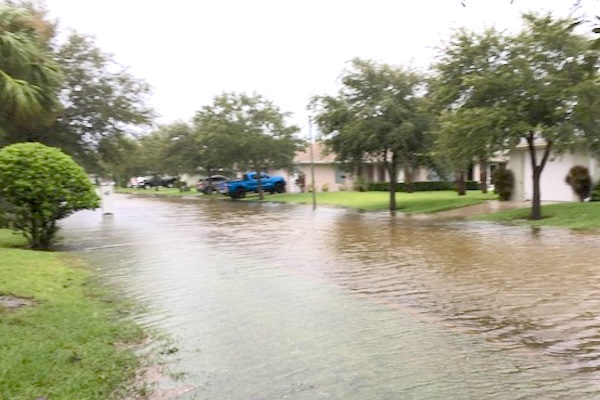 SEBASTIAN – The City Council approved a plan Wednesday to fix clogged or broken pipes under private driveways near streets that are prone to flooding.

The vote for the stormwater plan was unanimous, and will cost the city $1,004 to repair each 20-foot driveway that are either clogged or have broken pipes under them.

The plan will focus on streets with the most significant flooding issues.

City Manager Joe Griffin said the responsibility for the flow lines pipes is the property owner.

“But frankly, it would be nice to say we have 50 percent participation in keeping those things being cleared but it’s more like 20 or 30 percent, and this impacts the roads,” he said.

“It’s not coincidental where we have swale and under-driveway pipe collapses, we have blockages and water backs up on the roads and the roads start deteriorating,” Griffin added.

In his proposal, Griffin outlined a program to cure the swale and ditch problem and then to repave roads.

Repairs would be made by Florida Site Contracting of Vero Beach, the low bidder for the project. But after the necessary repairs to the driveways, it would be up to the homeowners to maintain them.

However, some residents are not pleased with the plan and spoke about their concerns to the City Council.

One resident asked if property owners could opt out of the program because he didn’t feel the property owner should be financially responsible for maintaining the new system. He feels it’s a city obligation.

Sebastian council members disagree and said the policy will go a long way to solving the drainage problems.

“We can’t correct the flow of water without correcting the driveways,” said Councilman Ed Dodd. “I don’t see the policy as punitive.”