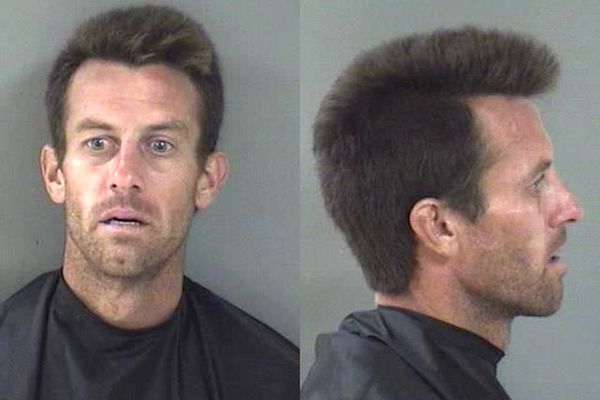 Man tells law enforcement that drugs found in his van was nothing more than pre-workout.

A 32-year-old man told deputies that the codeine/morphine powder found in his vehicle was nothing more than “pre-workout” used for working out, according to the Indian River County Sheriff’s Office.

Lester Roy Wagner was found sitting in a Honda Odyssey parked at 2400 43rd Street near Gifford. The deputy observed the vehicle sitting in front of an abandoned business at 4 a.m. Sunday morning.

“I immediately noticed that Wagner was sweating profusely, looking around rapidly, digging into his pockets and speaking quickly, which was an indicator to me that he was nervous,” the deputy said.

Upon searching the vehicle, the deputy found a capped syringe and silver spoon, along with a small amount of marijuana in the vehicle. There was also a container with a blue powder mixed in with brownish gray powder with a plastic scooper inside.

The powder tested positive for the presence of codeine/morphine.

“I then asked what was inside the container. he said it was only pre-workout. I then showed him the field test kit,” the deputy said.

Wagner, who lives at the 700 block of Periwinkle Dr. in Sebastian, was adamant that the container only held pre-workout but could not advise on the brand or where he purchased it. The power weighed 80.6 grams.

Wagner was charged with Felony Traffic of a Controlled Substance. Bond set at $25,000.

Bones Found in Vacant Field Near U.S. 1 in Sebastian