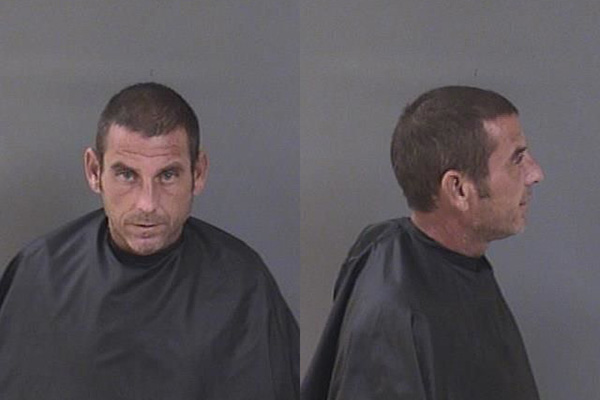 A 44-year-old man was arrested on charges of felony child abuse and battery domestic violence after spraying bleach and baby powder all over a 12-year-old boy, police said.

The Sebastian Police Department received a call last Friday at approximately 11:00 p.m. about a woman with a head injury.

The victim told police that her boyfriend, Jason Merrill Harper, was at her home when she was attacked while trying to protect her son.

The victim had a “large knot on the back of her head” and said she lost consciousness and didn’t recall everything that happened, the affidavit said.

The 12-year-old boy told police that he was sprayed with bleach during an argument with Harper. The boy then retrieved the bottle of bleach and sprayed some on Harper. Then he said Harper threw a bottle of baby powder at him, and that’s when the victim intervened to protect her son.

Harper then left the residence and went home.

Police then questioned Harper about the incident. Harper said he was at the residence when the son threw baby powder and bleach all over him. Then, when he told the mother what her son did, he said she choked him for no reason. Harper explained he pushed her off of him, and that’s when the mother hit her head.

The mother told police that she has had an on and off relationship with Harper for about four years.

Harper was transported to the Indian River County Jail, where he is still being held on a $7,000 bond.