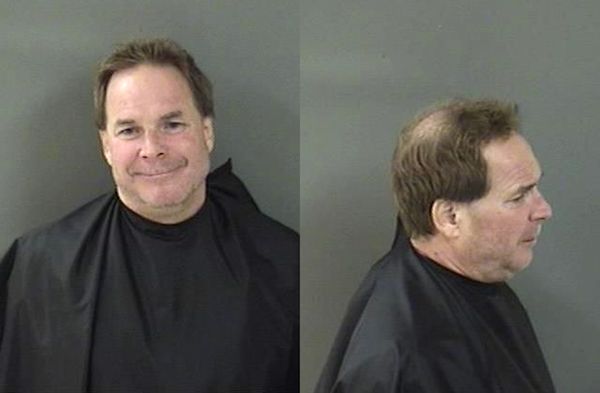 Man arrested in Sebastian for holding a knife against a woman's throat.

SEBASTIAN – A woman sent a text to a friend claiming that her boyfriend was holding a knife against her throat, according to the Sebastian Police Department.

Officers went to the 400 block of Watercrest Street on Sunday at approximately 8 p.m. where the alleged incident was taking place. Once at the home, police met with Patricia Smith.

Smith told police that her boyfriend, 56-year-old Edward Anthony Lenart, had been drinking all day and became upset at her for wanting to leave town for several months, the report said.

According to Smith, Lenart went into the kitchen “and grabbed a large butcher knife from a cabinet drawer.” Lenart then allegedly put the knife in Smith’s face and threatened to “kill her,” her niece, and her son who live out of town, according to the report.

“Smith stated that she was in fear for her life and believes that Lenart will kill her in the future,” the officer said, according to Smith’s statement.

When police made contact with Lenart, he was intoxicated and belligerent. He was also uncooperative with police.

Lenart was arrested and charged with Felony Aggravated Domestic Violence. As of Tuesday, Lenart is still at the Indian River County Jail. Bond set at $5,000.

In August of 2017, Lenart told a police officer that he was going to kill him and his family.