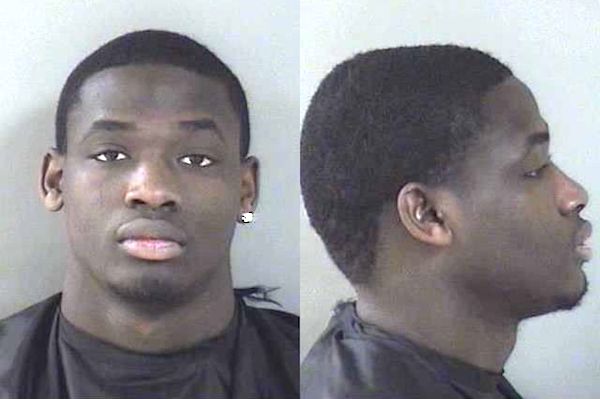 Riggins is accused of spraying bullets on a crowd outside during a driveby shooting a home in the 4400 block of 25th Avenue the afternoon of April 20. The shooting killed 19-year-old Fort Pierce resident Christard Hicks.

Hicks, who would have turned 20 this month, was the only person hit. First responders attempted CPR, but Hicks died within an hour at a local hospital.

Police said a black Chrysler was spotted fleeing the scene and was eventually recovered by detectives. Investigators tracked down numerous witnesses and fielded several tips in the weeks since the shooting.

“Today’s arrest is a fine example of how community cooperation can help us find justice in these horrific acts of violence. Jamal Riggins was arrested as a result of witness statements corroborating physical evidence obtained by our detectives,” Sheriff Deryl Loar said.

Riggins was serving five years’ probation after being accused of sexually assaulting a 14-year-old girl in the team room after getting ejected from a football game in November 2016. He was 18 at the time.

Riggins initially was charged with lewd or lascivious battery, but a plea deal changed the charge to child abuse and helped prevent him from having to register as a sex offender.