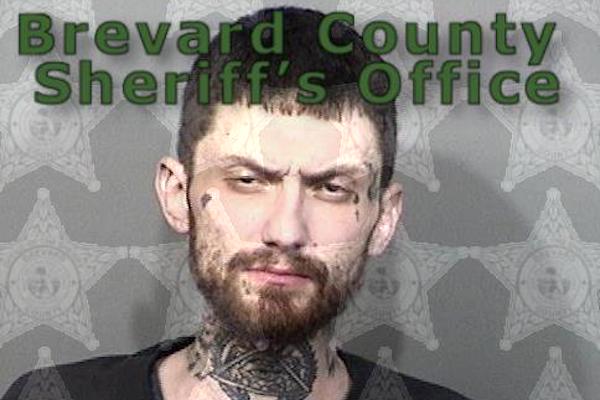 BAREFOOT BAY – A man who was driving recklessly and doing speeds of 60 mph in a 25 mph zone told deputies he “hates Barefoot Bay” and likes to drive that way, according to the Brevard County Sheriff’s Office.

Michael Dominick Matteson, who resides on Sailfish Court in Barefoot Bay, was arrested for Reckless Driving Tuesday after a deputy first observed him doing “donuts” with his vehicle in the roadway.

While sitting in the Winn-Dixie shopping center in Micco, the deputy observed a white Dodge Avenger “squealing the tires” and then doing a “donut” in the middle of the roadway on Barefoot Bay Boulevard. The vehicle then took off at a high rate of speed before turning onto East Drive.

“I was driving approximately 60 mph and had difficulty catching up. The posted speed limit on both Barefoot Bay Boulevard and East Drive is 25 mph,” the deputy said.

Matteson, 25, then went through a stop sign without stopping. The deputy conducted a traffic stop on Matteson’s vehicle near Micco Road.

“The defendant stated he wanted to go to jail. He advised he was driving in the manner described because he ‘hates Barefoot Bay’ and likes to drive that way,” the deputy said.

Matteson was taken into custody for endangering lives on the roadway and his passenger. He was transported to the Brevard County Jail where he was later released on $500 bond.