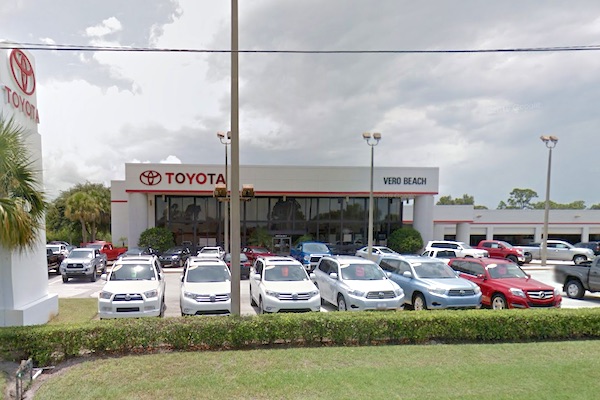 VERO BEACH – Imagine dropping off your vehicle for service only to have it vanish. Well, that’s what happened to one woman, according to the Indian River County Sheriff’s Office.

Elizabeth Ann Griffin, of Barefoot Bay, purchased a 2018 Toyota RAV4 XLE two days prior and brought it back to the dealership to resolve an issue with the cup holder. Griffin parked her vehicle at 7:00 a.m. near the maintenance department and gave the key to the manager.

Two hours later, the manager called Griffin and said the vehicle was ready. However, when Griffin returned to the Toyota dealership at approximately 5:00 p.m., her vehicle wasn’t there.

Deputies spoke with the manager who still had the keys to Griffin’s Toyota RAV4. Unfortunately, there are no surveillance cameras at the dealership for deputies to view, according to the affidavit.

In June 2017, a man took his car to Route 60 Hyundai on 20th Street for repair and said they lost it. The vehicle turned up missing after the customer declined to pay $6,000 for the repairs.

UPDATE: Elizabeth Ann Griffin said her vehicle reappeared the next day with 500 more miles on it. The dealership compensated her for the miles. There’s no other information about the case at this time.