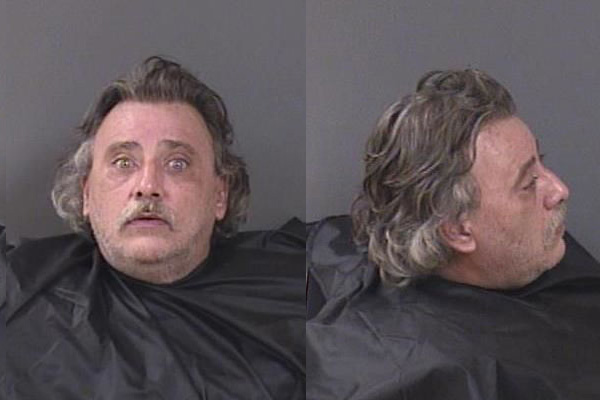 SEBASTIAN – A 50-year-old man was arrested Monday morning after waking up his neighbors due to his behavior and intoxication, according to the Sebastian Police Department.

Scott Brandon Wilson was charged with Disorderly Intoxication after he refused to go into his home.

At 8:06 a.m., police were called to the 100 block of Spring Valley Avenue in Sebastian. Officers arrived and found Wilson lying in his driveway, yelling at individuals and vehicles as they passed by his home.

“Upon contact with the defendant, he appeared highly intoxicated and had a strong odor of an alcoholic beverage emitting from his person. There was an empty ‘Natural Ice’ beer can next to the defendant,” the officer said.

Due to the high level of intoxication, EMS transported Wilson to the hospital for medical clearance. Wilson was later transported to the Indian River County Jail where his bond was set at $500.