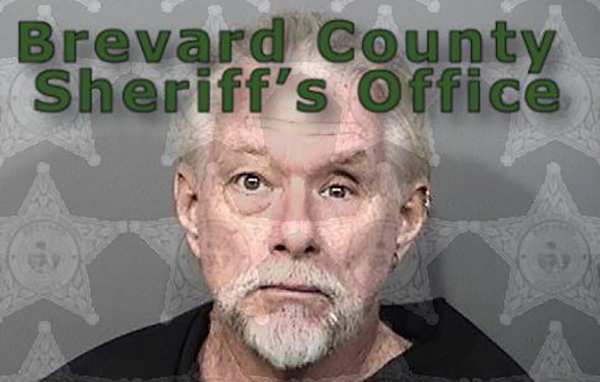 A man was arrested Wednesday during a traffic stop after he stated “shoot me” to a deputy as he pulled out a birdcage from his vehicle, according to the Brevard County Sheriff’s Office.

The deputy observed Daniel Christian Wukits, 62, of Micco, make an illegal turn once he exited from I-95 onto U.S. 192.

“While attempting to pull over the vehicle, the driver, an older white male with gray hair, began to wave rapidly as if to indicate I should pass him. I advised him via the PA that he was being pulled over,” the deputy said.

Once Wukits pulled to the side of the road, he quickly exited his vehicle and grabbed a birdcage. The deputy drew his firearm and ordered Wukits to stay in the vehicle. However, Wukits refused to comply and told the deputy “shoot me” as he began to walk away, according to the affidavit.

Wukits took the birdcage and walked towards the emergency animal clinic, where he opened the door. At the same time, the deputy discharged a Taser but missed.

“The male looked back at me and stated, ‘you missed.’ and then proceeded into the business,” the deputy said.

The deputy struck Wukits with a second Taser and took the subject into custody.

Wukits was charged with Resisting an Officer and transported to the Brevard County Jail, where his bond was set at $500.