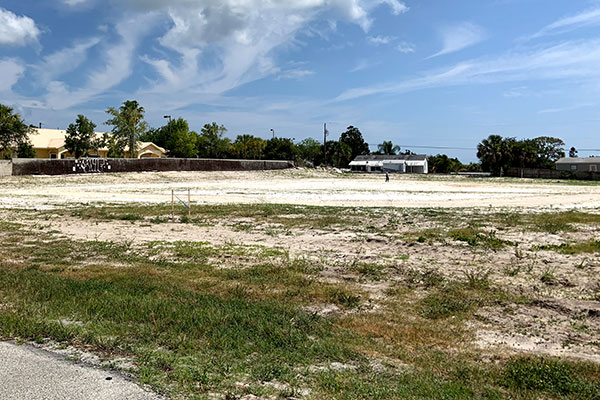 Law enforcement says no crime ever occurred with removal of sand at cemetery in Sebastian, Florida.

There is insufficient evidence to open a criminal investigation into the allegations that were made against former city manager Joe Griffith, former mayor Al Minner, and current Mayor Jim Hill, according to the Florida Department of Law Enforcement.

There is also no active investigation with the state’s attorney.

To make a long story short: No crime ever occurred. Sebastian was never “ripped off.”

Allegations of wrongdoing came from Sebastian City Council candidate Damien Gilliams. The candidate made statements to people at the Sebastian Property Owners Association and others that there was a criminal investigation regarding the removal of sand at the cemetery.

Gilliams told investigators that all of his evidence to suggest a crime occurred was in documents, which were also made public. Gilliams also created a video that was supposed to show wrongdoing, which it did not.

“There is insufficient evidence in order to open a criminal investigation into the allegations that Gilliams has made against former and current Sebastian City Managers and Mayor Al Minner, Joe Griffith, and Jim Hill,” the FDLE said in the report.

Gilliams alleged that Sebastian city council members and a city manager conspired and conducted “back door deals” during the purchase and the land excavation of property (1.4-acre parcel) that was purchased by the city in order to expand the cemetery. The land was purchased for $300,000, and the land had appraised for $375,000.

Joe Griffith, the acting Sebastian City Manager at the time, approved the land excavation and received two quotes for the work. Henry Fisher and Sons ultimately retained the contract for land excavation.

Gilliams alleged that it was a “back door deal” because the sand was valued for much more money, which was mentioned during the city council meeting in 2013.

According to Gilliams, Fisher and Sons received a “kickback” because they contributed to Joe Giffith’s City Manager campaign. Gilliams alleges that the land was excavated in “secret,” so residents were not aware of the deal.

Gilliams faced political scrutiny this week after listing false endorsements that appeared on his campaign website. One of the city councilmen, Ed Dodd, asked for his photo and name to removed. However, Gilliams placed a red circle on the photo with a line through it instead.