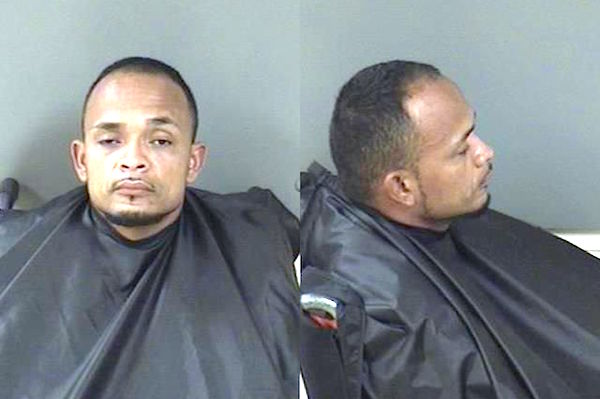 A Melbourne man was arrested after trying to leave the scene of two traffic accidents Monday afternoon in Sebastian.

The Sebastian Police Department responded to the first accident at the intersection of Main Street and U.S. Highway 1.

Crystal Geller told police that she was traveling northbound on U.S. Highway 1 and attempted to make a left turn onto Roseland Road. She had a green turn arrow, according to the accident report.

Geller said the suspect, driving a silver Infiniti sedan at a high rate of speed, ran the red light and crashed into her vehicle.

The driver of the Infiniti, identified as Luis Rivera of Melbourne, never attempted to stop at the scene of the crash.

Rivera then crashed into another car at the intersection of Main Street, which resulted in structural damage to a business. He fled from that scene as well.

As Rivera continued to drive southbound at a high rate of speed, he lost control of his vehicle near Martin Street. Rivera crashed his vehicle through a fence, causing property damage to another business.

When police arrived, Rivera was still seated in the driver’s seat, actively attempting to flee again. He “continued to press the gas pedal, and the tires spun,” according to the report.

Rivera was removed from the vehicle and transported to the Sebastian River Medical Center where he was evaluated for injuries. He was then placed under arrest after he was discharged from the hospital.

Rivera also had active warrants out of Brevard County.

Police questioned Rivera about the accidents, and he said “the vehicle must have malfunctioned.” He did not remember being involved in any crashes, nor did he remember why he was placed under arrested.

Rivera was booked on the following charges: