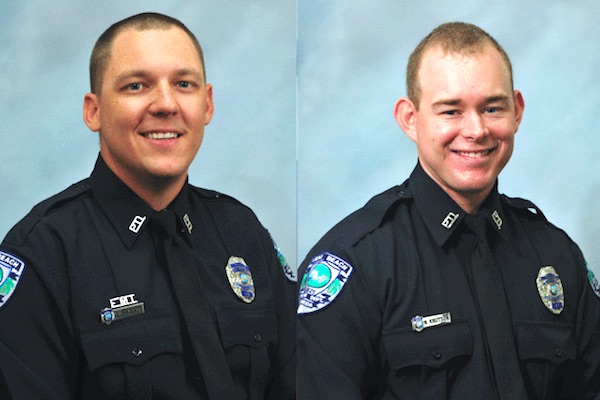 The officers on patrol spotted Harris and were concerned about his well-being. Police said he refused a ride and decided to follow him to make sure he didn’t wander into traffic.

Harris became agitated by the police presence and started cursing at one of the officers at the scene. Harris had punched the patrol car and right side mirror, causing it to fall off.

Harris was taken into custody and charged with criminal mischief and disorderly intoxication.

While Harris was being arrested, a truck driven by Officer Knutson pulled up and parked near the scene.

Police said they could smell alcohol on Knutson’s breath and noticed his eyes were bloodshot. Officers determined there was probable cause to arrest Knutson for DUI charges.

Police say both men violated Department General Orders. They were offered an opportunity to resign or face termination.