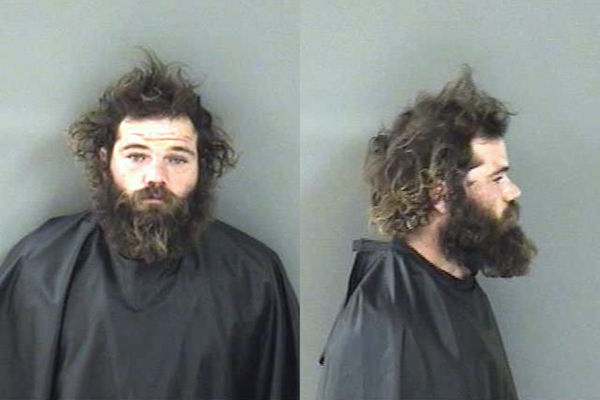 VERO BEACH – Police were called to the 1400 block of 21st Street in Vero Beach about a man causing a disturbance with his wife and neighbors because he wasn’t happy with who she voted for.

Lynn Pernal told officers that her husband, Joseph Michael Pernal, 30, cornered her in the house and was acting aggressively “because he was not happy with who she voted for,” according to the report.

Police met with Mr. Pernal and immediately detected a strong odor of alcohol about his person. Mr. Pernal also had a hard time standing, talking and walking.

As officers spoke to Mr. Pernal, they could tell he already urinated on himself. They asked him to stop arguing and “just go to bed, ” but he refused.

Instead of going to bed like the officers asked, he started to leave the residence to begin another disturbance with his neighbors.

However, when he saw the officers standing outside the garage, he went back into the home.

As police spoke with Mrs. Pernal, her husband refused to calm down and kicked the front door which was inches from where the officers were standing.

Mr. Pernal was placed under arrest and charged with disorderly intoxication.