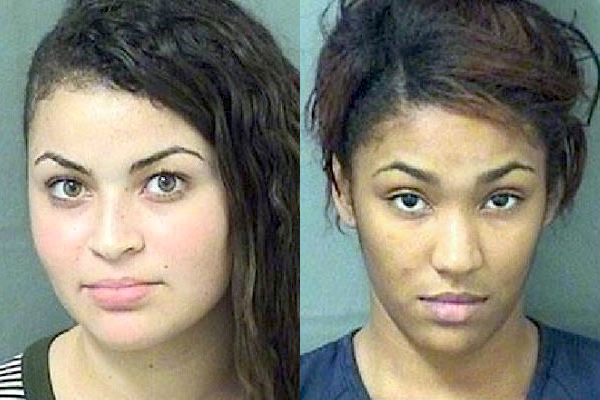 VERO BEACH – Three women have been arrested following a string of smash-and-grab burglaries at businesses in Vero Beach.

The Palm Beach County Sheriff’s Office arrested them on grand theft charges in August. The pair also is under investigation for a series of pickax break-ins up and down the Treasure Coast.

The thieves broke into Giorgio’s NY Pizzaria and Computer Connection in a plaza at 17th Street and 10th Avenue.

Both businesses had shards of broken glass in the doorways. Police told one of the business owners that three women were arrested after their car crashed in the woods near the scene. One woman was taken to the hospital.

Police pulled his patrol car into the parking lot when he heard an alarm going off down the street. He then spotted a suspicious vehicle driving away from the scene with its lights off.

The driver crashed her car into a ditch off Indian River Boulevard. Police said the vehicle flew 15 feet in the air before landing on its roof.

The Computer Connection said the burglars stole two computers and it’s been the second smash-and-grab incident since June.