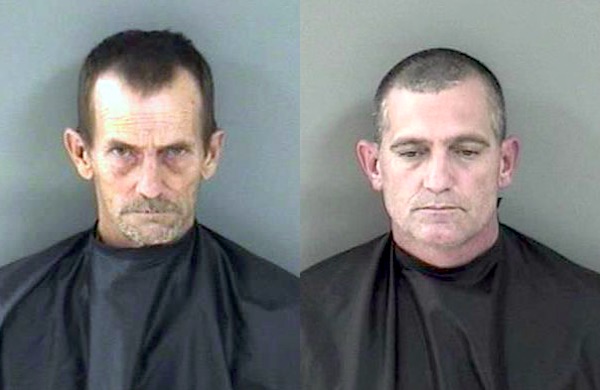 SEBASTIAN – Detectives with the Indian River County Sheriff’s Office arrested two men for the sale and possession of methamphetamine on Monday.

Joseph Stonehill, 44, and James Barnes, 53, both of St. Cloud, sold methamphetamine to undercover detectives in the Roseland area of Indian River County.

“Through our investigation, we learned that Mr. Stonehill was selling crystal methamphetamine in the northern part of Indian River County. Our detectives were able to purchase from them, which landed them behind bars where they belong,” Indian River County Sheriff Deryl Loar stated,

Barnes was charged with sale and possession of methamphetamine and remains in the Indian River County Jail on $25,000.00 bond.